Fox Nation host Tammy Bruce ripped joy-behar” target=”_blank”>Joy Behar< host’s defense for New York Gov. andrew-cuomo” target=”_blank”>Andrew Cuomo< Bruce reacted to clips of Behar, who said she would be “worried” if Cuomo resigned as governor, as it would open the door for a Republican to take office.

“What worries me is that if he resigns and a Republican becomes the governor of New York State a lot of things will happen that I won’t be happy with,” Joy said during a discussion on “The View.”

Bruce said that for Behar and others who want to “deflect,” Democrats’ inability to hold their own representatives to the standards they created “pulls the curtain back” on political partisanship trumping accountability within the party.

‘THE VIEW’ HOST: MAYBE DEMOCRATS SHOULD ‘IGNORE EVERYTHING’ ABOUT ANDREW CUOMO HARASSMENT ALLEGATIONS

“It’s shocking to them that there is a standard that Democrats will also be held up to,” Bruce said.

“I’m sorry Joy Behar, you’re gonna have to deal with something you might not like for one or two minutes.” 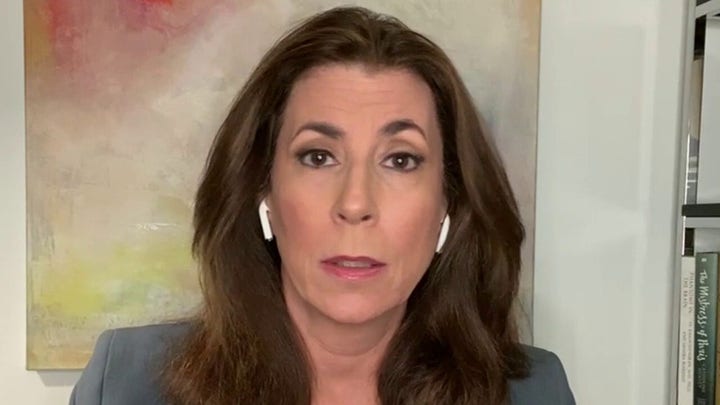 During the discussion on the latest developments, Behar’s co-host Sunny Hostin appeared to complain about how much time the show was dedicating to criticism of Cuomo, rather than Republican governors like Greg Abbott of Texas, Kristi Noem of South Dakota and Ron DeSantis of Florida, or “Deathsantis,” as she called him.

“We know that the coronavirus is surging in Europe and we are typically just a few weeks behind it. We know that states like Florida and Texas have lifted the mandates, the mask mandates there. We know that people are rushing establishments in Florida, in Texas, South Dakota, people are dying all over the country, yet we’re asking just Governor Cuomo to step down and we’re questioning his governance and questioning whether or not he can governor. And it seems to me that the same rules should apply across the board,” Hostin said.

Another host of “The View,” Whoopi Goldberg, has in the past failed to disclose to viewers her history of donations and organizational work with Cuomo.  The New York Post reported in November that Goldberg, along with Ben Stiller and Rosie Perez, were headlining a December virtual reelection fundraiser to commemorate Cuomo’s 63rd birthday.

Goldberg’s fundraising efforts for the governor date back to 2013, as the Post reported, when she headlined a $1,500-a-plate dinner for Cuomo at the Waldorf Astoria, a luxury hotel in New York.

To watch episodes of Fox Nation’s “Get Tammy Bruce” and many more shows and series, go to Fox Nation and sign up today. Fox Nation programs are viewable on demand and from your mobile device app, but available only for Fox Nation subscribers.

Fox News’ Joseph A. Wulfsohn contributed to this report.