Ted Cruz, now John Boehner's foe, was once his lawyer

This isn’t to say that Boehner and Cruz were bosom buddies. All you have to do is read Boehner’s book, “On the House: A Washington Memoir,” to understand how much enmity Boehner holds for Cruz.

It was Cruz who led the failed charge to defund Obamacare in the fall of 2013. The theory was that Republicans wouldn’t support any bill which funded the government – and executive. So Cruz’s quest wound up shuttering the government for 16 days.

Boehner – and many other conservatives – reluctantly went along with Cruz’s gambit. Republicans never unwound Obamacare. They lost an opportunity to jump on the botched rollout of the health plan’s website. And the public generally castigated the GOP for the shutdown.

Boehner had particular contempt for Cruz after that episode. He told reporters later that even the most ardent supporters of Cruz’s maneuver conceded that it “wouldn’t work.”

In the audio version of Boehner’s tome, he verbally declares “P.S., Ted Cruz. Go f— yourself.” Not long after Boehner stepped down as speaker in late 2015, he referred to the junior senator from Texas as “Lucifer in the flesh.”

That’s quite a change from what Boehner said about Cruz during a 2014 appearance on NBC’s “Tonight Show.”

“Ted Cruz used to be my attorney a long time ago,” said Boehner to then-host Jay Leno. “A good guy. I don’t always agree with him. But he’s a good guy.”

Boehner was House Republican conference chairman, the fourth-highest ranking position in the GOP leadership. Boehner was in Florida on a cell phone call with then House Speaker Newt Gingrich, R-Ga., discussing political strategy. At the time, Gingrich faced an investigation by the House Ethics Committee over the use of tax-deductible money for political purposes and a college course he taught on the side.

In those days, “cell phones” were analog. You could pick up cell phone calls on most police scanners, purchased at Radio Shack. A Florida couple, John and Alice Martin, intercepted Boehner’s call on a scanner. They realized it was Boehner and Gingrich conversing about sensitive information.

The couple managed to record the call and took the tape to former Rep. Jim McDermott, D-Wash., then the top Democrat on the ethics panel. McDermott leaked the contents of the call to The New York Times and Atlanta Journal-Constitution. 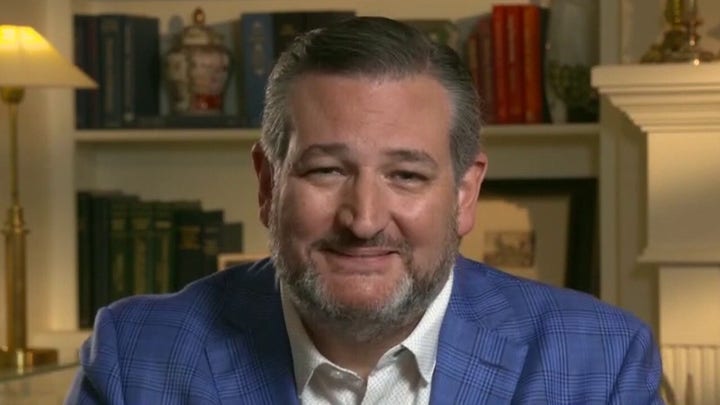 Boehner argued McDermott violated his First Amendment protections by releasing the call to the press. Boehner sought punitive damages against McDermott. Boehner’s legal team asserted the conversation “belonged” to Boehner, not the Martins — and certainly not to McDermott. It was as though the Martins “wiretapped” Boehner.

The Martins pleaded guilty to using their police scanner to tune in the call. They both paid a $500 fine.

Meanwhile, Boehner’s case against McDermott wound its way through the federal courts for more than a decade, finally reaching the Supreme Court, which refused to hear the case. Boehner prevailed over McDermott in a lower court ruling.

McDermott asserted he wasn’t to blame since he didn’t intercept or record the call. He also argued that one member of the House couldn’t sue another. The Washington Democrat contended he was merely doing his job as a member of the Ethics Committee.

More than 20 news organizations filed legal briefs on behalf of McDermott. They were concerned the case could inhibit reporters using information gleaned from anonymous sources.

Who worked on the case on behalf of Boehner? Cruz.

“I don’t know the man,” said Cruz after Boehner unloaded a fusillade of insults at his former attorney in the spring of 2016.

It’s unclear how well Cruz “knew” Boehner back in the late 1990s. It’s not out of the question for a team of lawyers to work on behalf of a client – especially a high-profile Congressman – and not really “know” the person they represent.

In 2016, Cruz’s presidential campaign described the senator as a “junior associate” on the legal case and did little besides sit in on meetings with Boehner’s aides.

But, as Boehner’s counsel, Cruz spoke on the record to reporters, defending his client.

“Much the same as the First Amendment does not allow anyone to slander or libel anyone, it also does not allow someone to ignore the federal criminal laws,” said Cruz in a 1998 article in the Seattle Post-Intelligencer.

Cruz also suggested that if Boehner’s call with Gingrich wasn’t protected, no call was could be protected. In another article in the same paper Cruz said that otherwise, people could “sit down and intercept every cell-phone conversation they liked.”

Cruz told the Seattle Times in 1998 that “McDermott has consistently attempted to delay the ligation and drive up the expense. It is reasonably expected that Congressman Boehner will use the means at his disposal to raise the funds to pursue this lawsuit.”

In the 1990s, Cruz did two two clerkships, including a stint for Chief Justice William Rehnquist. He also worked for a law firm until 1998. That’s when he got involved with the Boehner case.

But when Boehner stepped down from the speakership in 2015, Cruz applauded the move. The Texas senator suggested that conservatives such as himself “terrify Washington” and the likes of Boehner.

In his new book, Boehner relays a famous quote from Sen. Lindsey Graham, R-S.C., about Cruz: “If you killed Ted Cruz on the floor of the Senate, and the trial was in the Senate, nobody would convict you.”

It’s well-known that politics makes “strange bedfellows.” Especially when a one-time client characterizes someone on his legal team as “Lucifer in the flesh.” You’ve heard of the devil’s advocate. Well, Boehner practically considers his one-time legal advocate to be the devil himself.

This tale just attests to how interwoven politics in Washington can be, especially over decades. Your friend today may be your enemy tomorrow.