Tips for using a generator safely during a hurricane

Having a portable generator can be a lifesaver during a hurricane — but it can also be a killer if not used properly.

With Hurricane Ida strengthening as it barrels toward the Gulf Coast, officials are warning residents that now is the time to prepare.

“This will be a life-altering storm for those who aren’t prepared,” National Weather Service meteorologist Benjamin Schott told reporters during a Friday news conference with Louisiana Gov. John Bel Edwards.

Ida, which formed in the Caribbean on Thursday, is expected to intensify to a Category 4 storm before making landfall likely west of New Orleans late Sunday.

Residents rushed to grocery stores on Friday afternoon, the city distributed sandbags and some mandatory evacuations were ordered.

When power lines are down, many turn to portable generators to restore electricity to their homes.

However, if not monitored correctly, generators can be dangerous – even lethal.

The U.S. Centers for Disease Control and Prevention cautions that use of alternative sources of fuel or electricity can cause carbon monoxide to build up in a home or garage and poison the people and pets inside. 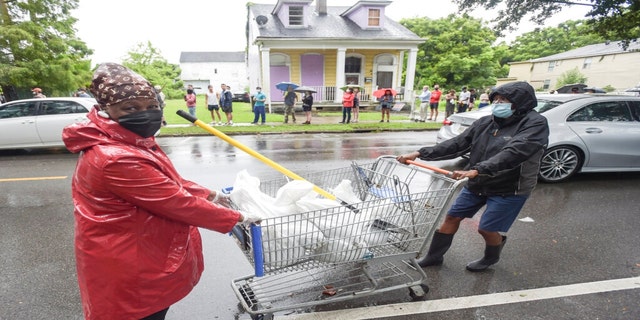 The Louisiana Health Department reported last year that nine of the 25 disasters deaths were due to carbon monoxide poisoning from generators.

The victims included five members of one family in Calcasieu Parish.

John Lewis, 70, his wife, Rosalie, 81, their daughter, and two other relatives died when the generator they set up in the garage filled the home with poisonous fumes, the Baton Rouge Advocate reported.

Lewis was found unconscious and later died at the hospital, according to the paper. The others were pronounced dead at the scene.

Authorities said fumes from the generator operating in the garage entered the home through an open door, the paper reported. Relatives said the door to the garage had been closed, but they are unsure sure how it opened while the generator was running.

Three of them were homeless people who sought shelter in a Port Arthur pool hall and died of carbon monoxide after the generator was moved inside, the paper reported.

The fourth carbon monoxide death in southeast Texas was a 61-year-old Beaumont man who was found dead in an upstairs garage apartment with a generator operating in the garage below, according to the paper.

The Port Neches Fire Department sent out an advisory against using generators indoors after responding to a residence where a generator had sickened 17 individuals, the paper reported.

“Please ensure you are using generators safely,” the advisory said. “We have had two incidents in Port Neches in the past 24 hours. Use generators outside; do not use inside your home.”

Kris Kiser, president and CEO of Outdoor Power Equipment Institute told KSLA-TV that it’s important that people know how to use a generator safely during a storm. 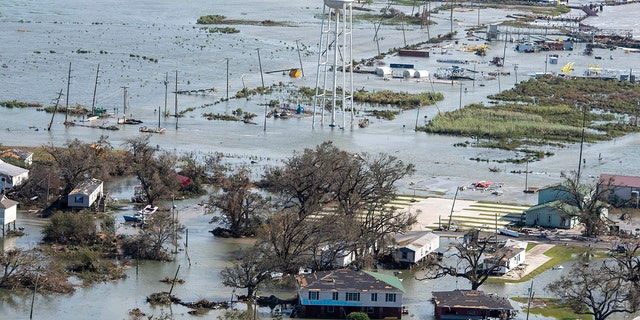 “Again, you would never leave your car running indoors or in the garage,” he told the station. “Same thing: You’ve got to treat it like an engine because it’s running and producing carbon monoxide. They’re perfectly safe if they’re outdoors and at a safe distance from the house.”

The Texas Department of Insurance has tips on using a generator during storms properly:

–­­ Make sure the generator is outside in a well-ventilated area at least five feet from doors, windows or vents.

–­­ Make sure exhaust fumes can’t get into the house.

–­­ Have a working carbon monoxide alarm in your home.

–­­ Before refueling a generator turn it off and let it cool down.

–­­ Plug appliances into your generator directly or use a heavy-duty, outdoor-rated extension cord.

–­­ Have an electrician do any wiring that needs to be done.