“We all know where we were during 9/11 and the impact that it had on this world. Let’s never forget. Always remember. Let’s stay vigilant and never apologize for being patriotic. God speed.” 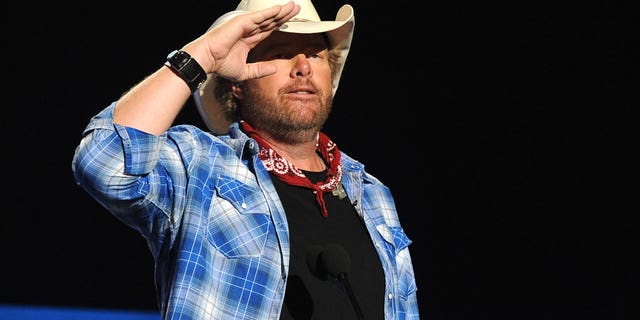 Keith is known for his song “Courtesy of the Red, White and Blue,” which he wrote in the days after the Twin Towers fell in 2001.

“I was sitting out there, just a few days after the Towers came down,” Keith recalled, according to TheBoot.com. “I was working out in the gym, and I heard these talking heads say, ‘Well, I guess we could bomb them. That would be so the American way, and I was like, ’What just happened to us? Are we supposed to just stand by and let this happen? Could we not be mad as hell about this?'”

“I wrote [‘Courtesy of the Red, White and Blue’] on the back of a Fantasy Football sheet that was laying there; I just turned it and wrote around the edges and, in about 20 minutes, wrote the lyric out and called it ‘The Angry American.’ When I turned it in, they said, ‘Well, it really doesn’t say “angry American” in there. Why don’t you call it ’Courtesy of the Red, White and Blue?’ So, I did.”