Tucker investigates: Do highly-processed and sugary foods cause tobacco-like addiction?

In the latest episode of Fox Nation’s “Tucker Carlson Today,” host Tucker Carlson and food and health journalist Michael Moss discuss whether highly-processed and overly sugared foods affect free will in the way vices like alcohol and nicotine do.

Carlson recounted an experience in a supermarket several years ago, soon after he had completely given up consuming alcoholic beverages.

“There’s a physical compenent to this,” he said. “I’d never felt it until I quit drinking 20 years ago and I was walking through a grocery store … and saw a display of donuts — and I’ve never been a big donut eater — and my mouth started watering involuntarily,” he said.

“And, I thought: ‘this is the weirdest thing that’s ever happened.'”

Carlson added that with such popular confections, the human brain must then view the starch and sugar as a replacement for the same qualities it found in alcohol. 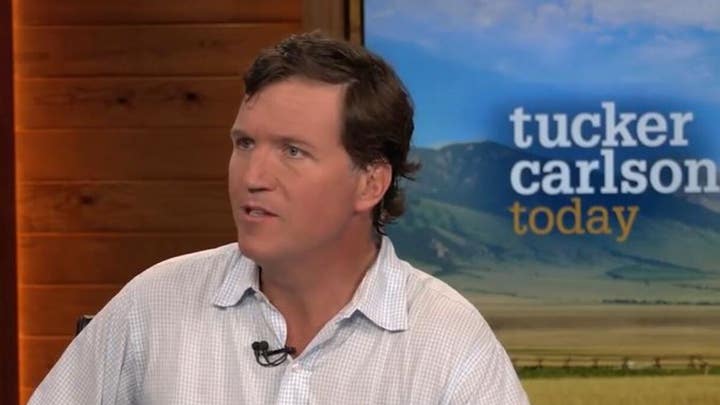 “I remember thinking that there’s soething about this experience that’s challenging my view of free will,” he said.

In response, Moss agreed, obliquely comparing Oreos with heroin: “Where’s the ability to say no? These products by design or intent deprive us of free will.”

JOIN TUCKER FOR UNFILTERED, UNAFRAID AND UNSTOPPABLE INTERVIEWS AND DISCUSSIONS, ON FOX NATION

Carlson further explored the idea, noting that fast food and confections can seemingly make someone a “slave of your own compulsion” — adding that the health detriments brought on by overconsumption of such foods seems to be a taboo subject; compared to how the public decried Big Tobacco in the 199’0s and prior.

He noted that, despite the proverbial experts’ recommendations for various coronavirus mitigation options, they never brought up how closely obesity is tied to death or grave illness from COVID.

“We spent a year talking about COVID — I dont remember 10 robust public conversations about obseity in the last year,” he said, adding that an estimated 78% of coronavirus cases resulting in intubation or death were of individuals with clinical obesity — which he and Moss linked to such foods.

“We dont want to belive these friendly things are problematic for us,” Moss replied.

Fox Nation programs are viewable on-demand and from your mobile device app, but only for Fox Nation subscribers. Go to Fox Nation to start a free trial and watch the extensive library from Tomi Lahren, Pete Hegseth, Abby Hornacek, Laura Ingraham, Ainsley Earhardt, Greg Gutfeld, and many more of your favorite Fox News personalities.