The Washington Post is standing by a “Four Pinocchios” fact-check rating it gave then-donald-trump”>President Donald Trump< placed bounties on the heads of American soldiers in Afghanistan.

“No, that was a phone call to discuss other things, and frankly, that’s an issue that many people said was fake news,” answered Trump, who denied he had been briefed on the matter despite pushback from Swan. “It never reached my desk. You know why? Because they didn’t think it — intelligence — they didn’t think it was real.” 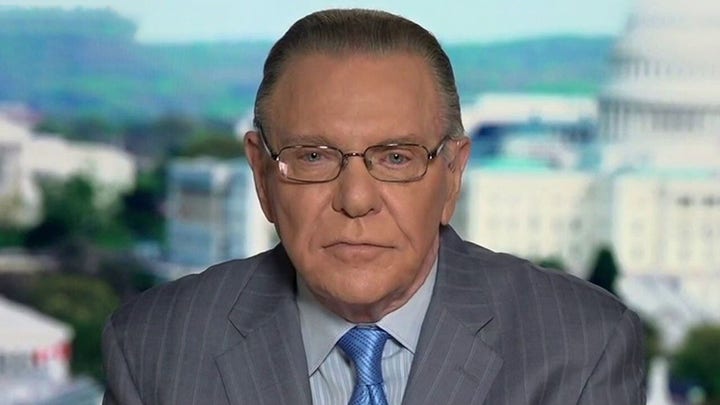 At the time, the Post wrote under “The Facts” that “White House officials were first informed in early 2019 of intelligence reports that Russia was offering bounties to Taliban-linked militants to kill U.S. and allied military personnel in Afghanistan, but the information at the time was deemed sketchy and in need of additional confirmation, sources previously told The Washington Post.”

“There’s an issue with the intelligence, which we discuss above, and then there’s an issue with Trump flat-out denying instead of engaging with reality. Assessments of the U.S. intelligence on Russian bounties may be mixed, but that doesn’t make it ‘fake news,'” the Post ruled. “Reports of Russian bounties targeting U.S. troops have spurred the Defense Department to action, triggered a leak investigation by the Justice Department and continue to be investigated by U.S. officials. By giving a total denial, as if trying to put the cat back in the bag, Trump earns Four Pinocchios.”

On Thursday, the Post provided a lengthy “update” but maintained its fact check rating.

“Our analysis and Pinocchio rating are unchanged. The Biden administration’s findings would seem to confirm concerns about the quality of these intelligence reports on Russian bounties, concerns that this fact-check featured from the beginning,” the Post wrote. “Trump, at the time of his Axios interview, denied that the intelligence reports of Russian bounties existed. Those statements remain false.”