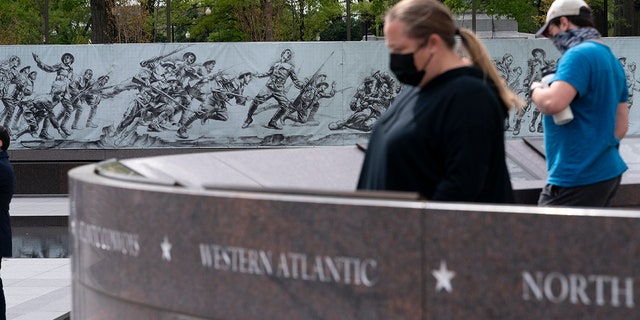 “Let us remember all that was sacrificed, all that was sanctified by the proud brave Americans who served in World War 1,” Biden added. “More than 100 years have passed, but the legacy and courage of those Doughboys sailing off to war and the values they fought to defend still live in our nation today.”

The memorial was built in Pershing Park near the White House, which was already a tribute to General John J. “Black Jack” Pershing, commander of the U.S. forces during the war. 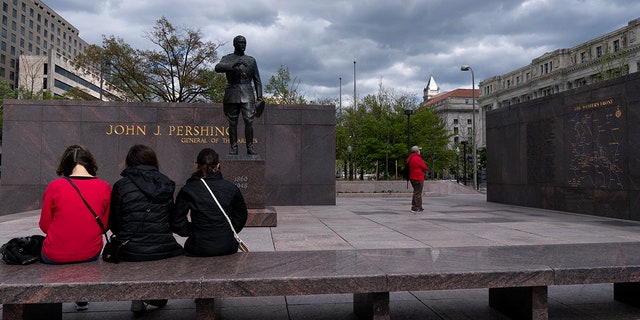 “Wow! There is a plane right overhead,” Psaki said while addressing reporters.

Harris briefly halted her remarks to Prime Minister Yoshihide Suga while the planes passed by, a video shows.

Plans for the memorial got underway in December 2014, when then-President Barack Obama signed legislation authorizing the U.S. World War I Centennial Commission to establish the tribute. 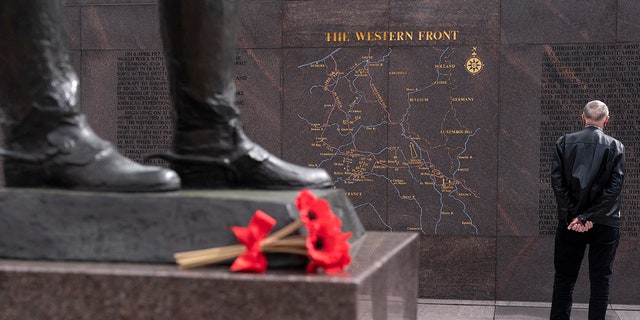 Friday’s ceremony in the park included the raising of a U.S. flag that flew over the Capitol on April 6, 2017, the 100-year anniversary of the day the U.S. entered the war, the last of the nation’s four major 20th century battles to be commemorated with a memorial in Washington.

The memorial features fountains and sculptures.

The Associated Press contributed to this story.