The education” target=”_blank”>Department of Education< impact of the pandemic on America’s students.

The first volume of the handbook, released in February, issued guidance on how to safely reopen U.S. public schools during the pandemic while the second volume makes clear that months of school closures may have negatively impacted some students’ wellbeing and offers tips on how schools can tackle student anxiety and depression.

“There is simply no substitute for in-person learning,” Secretary of Education Miguel Cardona said in a Friday statement. “But as schools reopen their doors, we must also make sure that we are meeting students’ social, emotional, physical, mental-health, and academic needs, and addressing gaps that existed before—and were exacerbated by—the pandemic.”

The second volume notes that “it is almost certain … some students in every school will require supports to address the isolation, anxiety, and trauma they have experienced” during COVID-19 closures. 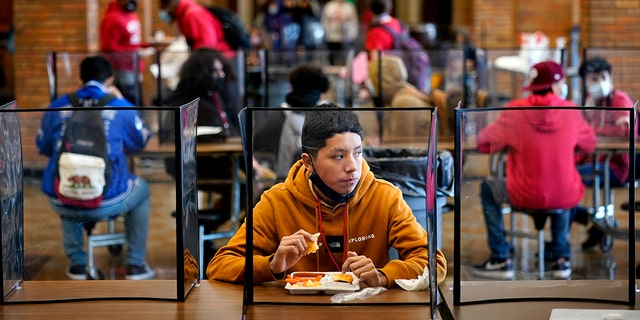 “We’re taking this data pretty closely, and … when I look specifically at children’s hospitals, even in the past five years, we had already seen a doubling of visits to the emergency room for children in crisis, whether that’s suicidal ideation or suicide attempts. And during the pandemic, we’ve seen that trajectory go even higher,” Knight told Fox News.

She added that as a lot of ER services have declined amid the pandemic, mental health visits have increased, and suicidal attempts and ideations have more-than doubled between March and August of 2020.

Additionally, the Centers for Disease Control and Prevention (CDC) released a report in December saying childrens’ less-frequent, in-person contact with teachers, social workers and primary care physicians amid the pandemic translated up to a 70% nationwide drop in reporting abuse and neglect to child protection agencies.

Knight echoed this point, saying that while ER visits related to abuse have declined, that doesn’t mean child abuse — both physical and psychological — has suddenly stopped but that it is being reported far less often.

A transition back to in-person school after nearly a year of virtual learning will be exciting but may not come easily for many students, Knight said.

The DOE also cites researchers who found that some “3 million students have either been absent from or have not been actively participating in remote learning since the beginning of the pandemic” in its second volume of guidance. 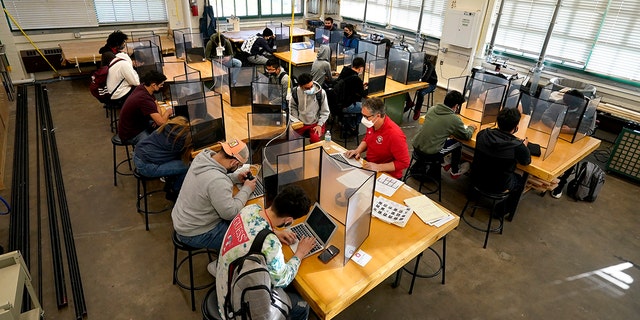 Students who were absent or not actively participating in classes were also “more likely to be English learners, students with disabilities, students in foster care, students experiencing homelessness, students from low-income backgrounds, Native American youth, and migratory students.”

This is in part due to the fact that minority students are less likely to have consistent internet service or devices necessary for remote learning.

The DOE recommends schools and school districts use data to recognize which students have been “historically underserved”; conduct initial assessments of whether students had access to “learning opportunities during school closure and their well-being” in line with privacy practices; and help parents and guardians understand student progress, among other tips.

“I think it seems to be very anticipatory of a lot of the challenges we’re going to see as kids go back to school,” she said. “Some of that, obviously, is predicated on what we’ve seen during the pandemic to date, and quite honestly what existed even before the pandemic. … We’ve seen a multi-year decline in children’s mental health for a variety of reasons.”

She added that “the health and education of a child are very closely intertwined,” and the guidance “puts a lot of pressure on schools.” 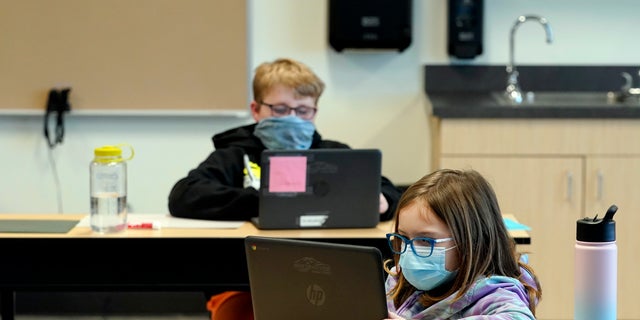 “I think we’ll have to…make sure schools are not alone in this,” she said. “Most people go into teaching to teach, and so asking teachers administrators to take on new roles that sometimes feel like social services or health care is a lot.”

More than 40% of school districts across the U.S. have reopened full-time as of March 29 while 51% have adopted hybrid-learning models, the American Enterprise Institute’s Return to Learn Tracker shows.

The CDC said in January that there is “little evidence” schools “have contributed meaningfully to increased community transmission.” In February, the agency said the adverse effects of virtual learning outweigh the threat of transmitting the virus during in-school learning.

In mid-March, the CDC updated its K-12 school reopening guidelines to say schools can safely reopen while enforcing just 3 feet of social distancing between students with mandatory mask usage. The guidelines also do not require teacher vaccinations in order for schools to reopen, though educators in most states are already eligible to receive the vaccine if they sign up for it.