From there, the video pivots to Handler, who notes the country is “out of excuses” to not take action on reparations. 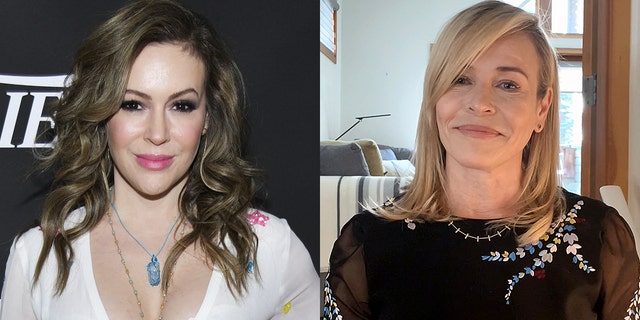 “So please stop making them,” she says. “We built this country on the backs of Black and brown people and we still haven’t really done anything to say, ‘f—.’”

Milano calls out America’s leaders for allegedly perpetuating a warped view of America’s history with slavery and acting like it does not hold ramifications for the Black community in the modern day.

“The reason we are still haunted by the legacy of slavery is because our leaders refuse to address it in a meaningful way,” she explains. “From school history books to the halls of Congress, the way that this country still lives with slavery every single day is being minimized and brushed under the rug.”

Experts in the video begin to discuss the generational impact that slavery has caused and why economic support for the Black community might level the playing field, drawing an alleged line from slavery to the Jim Crowe era – to housing discrimination – to mass incarceration – to the war on drugs – to underfunded schools and so on.

Handler later encourages viewers to be a part of the “moment” in which she and the others hope reparations will be seriously talked about by the Biden administration.

Milano ends the video by calling on the 46th president directly to take action.

“Failure to attone for the pain that white supremacy has caused and is stil cauing creates space for those violent white supremacist ideologies to foster and grow,” she concludes. “White siupremist extremism is on the rise and refusing to talk about its root, slavery, will not solve anything. Silence is not an option and it’s certainly not a cure. If President Biden and Congress are serious about moving the country forward, then they have to get serious about federal action on reparations.”