The 20-year-old singer was considered a front-runner ahead of the show naming its top 12 finalists for its 2021 season. The talented singer’s recent cover of the Kings of Leon song “music” target=”_blank”>Use Somebody<.

“As promised, here’s a video of my tune ‘Friday Nights’! I had fun filming this for you yesterday, hope you enjoy! ‘Friday Nights’ is available on all streaming platforms!” he captioned the video on Instagram.

Fans of the singer responded positively to the fast-paced acoustic song with many noting that they wished he’d been able to continue on “American Idol” given the debut of yet another exciting performance.

“Before we get to the results, I have to tell you that finalist Wyatt Pike will not be competing in the competition,” he said. “He had to drop out — but we wish him the very best, OK?”

The Utah native released a statement on social media touching on his departure.

“I had to leave the @AmericanIdol competition for personal reasons but am so thankful I get to play music for the rest of my life,” Pike wrote Wednesday on Instagram. “Fellow contestants — miss you all, good luck!” 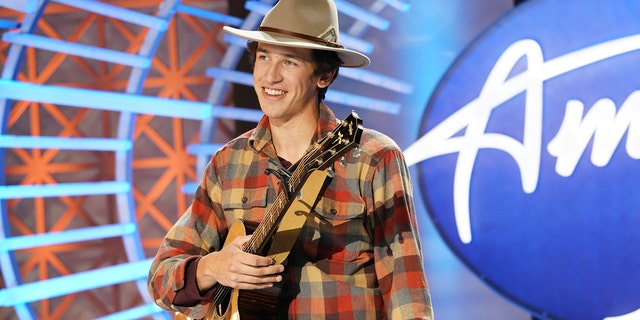 Following his stunning performance ahead of his departure from the show, judges katy-perry” target=”_blank”>Katy Perry< and Lionel Richie offered high praise for Pike.

Perry said Pike was “an authentic singer-writer. I think whatever happens — you’re it.”

Bryan told the young musician, “I remember one of the coolest things ever happened to me is the day I realized that I get to do music forever, under any circumstance. I’m telling you, Wyatt, you are going to be able to do music for the rest of your life.”

Richie said Pike was “something big” in the making.