The religion conference Qideas has disinvited journalist Andy Ngô, claiming that it was unable to find a good alternative voice to balance his.

“I was looking forward to speaking to the conference about the threat to liberal democracy and free expression from far-left extremists who seek to normalize political violence,” Ngô told Fox News in a statement Tuesday.

“I’m not Christian, but I admire Christianity’s theological pillars of grace and forgiveness,” he said. “That is something that is prohibited in Antifa’s worldview. Unfortunately, the organizers ultimately decided that their attendees should not hear my message.”

On Monday, Religion News Service reported that Ngô was originally listed as a speaker for a Qideas event in Nashville on April 22 and 23.

ANDY NGO REACTS TO BECOMING ANTIFA TARGET, LEAVING US: ‘NOT SAFE ANYMORE FOR ME’

Ngô said he received a terse email disinviting him. He told Fox News that he didn’t receive additional clarification on the reason for the move.  Fox News later reviewed the emails and found that while the initial cancellation didn’t include a reason, a follow up email specified that the conference hadn’t found an alternative perspective.

Qideas pushed back against Ngô’s claim in a statement last week.

“Our decision to not move forward with the conversation we had planned for Unmasked author, Andy Ngô, was made by our team using the same process we’ve implemented dozens of times over the years,” the statement read. “We were not successful in booking an acceptable alternative voice that would present the other side of the conversation—specifically, detailing the tactics and motivations of the alt-right. Based on that factor, we decided we could not host a well-balanced conversation on this topic at this time.”

The statement added that Qideas “respectfully communicated this programming decision and rationale to Mr.Ngô” and that “any other assertion is simply untrue.” 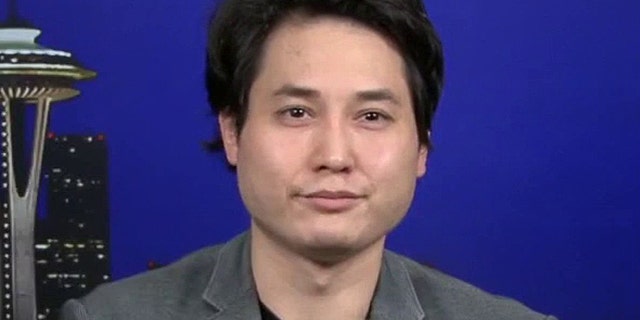 Rapper Jason “Propaganda” Petty, who is fiercely critical of Ngô, indicated on Twitter that he “tap[ped] in” with his “homie,” Qideas President Gabe Lyons about Ngô’s appearance. In a series of tweets Monday, Petty derided Ngô as “trash” and tweeted that RNS had misquoted him to say that Lyons and other organizers hadn’t done their homework on Ngô.

“Sorry for the confusion. What I was trying to say is That Gabe is a professional and that I do NOT assume that were [sic] irresponsible,” Petty tweeted. “But still i felt in [sic] necessary to chime in. Again, Moral of the story … Andy is trash…”

In a tweeted statement, Petty said: “I love Q and Axiom. I see them as really of the last reasonable voices in evangelicalism. i [sic] would hate to see them hoodwinked by this guy who for all intents and purposes is a con- artist [sic]. A healthy culture needs to hear a varity [sic] of ideas, however this dude is, in my opinion trolling the right wing of our country then hitting them in their wallets. Their [sic] are plenty of strong reputable conservative voices that would be a way better choice. So I’m glad they did the right thing.”

In a follow up tweet, Petty clarified that he sent Qideas his concerns via email and that the conference didn’t even open it. On Saturday, Lyons also told Fox News that he hadn’t opened Petty’s email.

Ngo pointed out that Petty has worked with journalist Robert Evans, who defended the burning of the Portland Police Association last year.

The two appeared together on a podcast miniseries, and in 2019, Petty tweeted “nothin but respect for my President Robert Evans.”

A representative for Petty did not immediatley respond to Fox News’ request for comment.

Ngô is well known for his extensive reporting of the violent anarchists known as Antifa. He has come under heavy criticism and purportedly has faced threats to his physical safety because of his work.

Marshall later apologized and announced he would take time away from the band “to examine my blindspots.”