In 1634, the first wave of settlers who founded the state built the Southern Maryland stronghold.

More than 100 residents arrived aboard two ships, the Ark and the Dove, in late March 1634, according to Historic St. Mary’s City.

archaeology” target=”_blank”>Archaeologists< on Monday. Much like the historic Jamestown Fort in us-regions, its exact position had been “lost.” 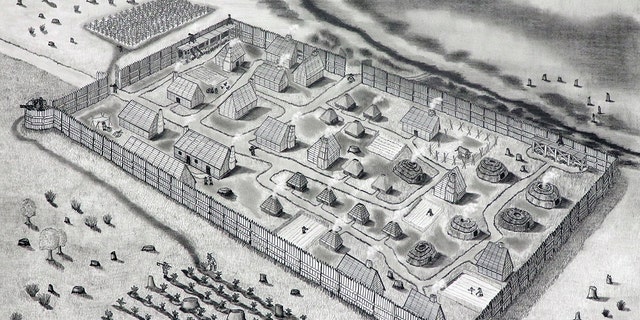 Conjectural drawing of St. Mary’s Fort based on the geophysical survey (Drawing by Jeffrey R. Parno)

Like Jamestown, the St. Mary’s settlement was abandoned and the state capital moved to Annapolis in the 1690s. The site — which is about the size of a football field — was left alone and today appears to be just an empty meadow owned by the city.

After the search was paused for several years, Parno took up the mantle in 2017 and their 2018 discovery of an imprint of timbers was confirmed in 2019, according to the Post.

The wood used to build its palisade had reportedly left telltale stains.

However, as the world came to a screeching halt due to the devastating impact of the infectious-disease, so did their work.

Nevertheless, last summer Parno returned to the site and uncovered the top of what could be the cellar of a building inside the fort. They had also found several artifacts including a 4,500-year-old quartzite arrowhead and the trigger guard for a musket.

Parno told Fox News via email on Tuesday that the team was thrilled to be able to share its discovery with the public and that he believes it can be argued that this is one of the most important discoveries in Maryland’s archaeological history.

“The site represents a period of monumental change when European colonists inserted themselves into a diverse, politically and socially complex world of Native peoples,” he said. “The ramifications of the initial colonial settlement and interactions between the colonists and the Yaocomaco, Piscataway, and other Native groups would shape the course of Maryland’s colonial history.” 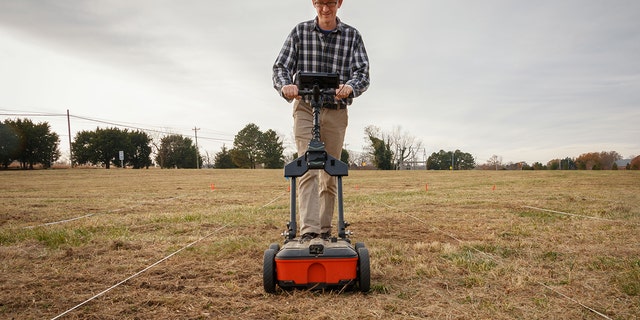 “This is why we’ve worked hard to engage members of the Piscataway Conoy Tribe, Piscataway Indians Nation, and other Native groups to create the People to People Project, a collaborative initiative that will include the archaeological study and public interpretation of St. Mary’s Fort and nearby Native sites dating to upwards of 5,000 years old,” Parno added.

Next, the excavation team will continue exploring portions of St Mary’s Fort.

“We’re currently excavating an intriguing large building with a cellar that is full of colonial trash,” Parno stated, who was quick to note that archaeologists “love trash!”.

Eventually when the remains of the building are exposed Parno said his team will “begin excavating the cellar and hopefully learn a bit about what the building was used for…and what it can tell us about life in St. Mary’s Fort.”

Parno and Horsley will conduct another ground-penetrating radar survey just outside of the fort to look at some of the Native sites to be included in their People to People Project. 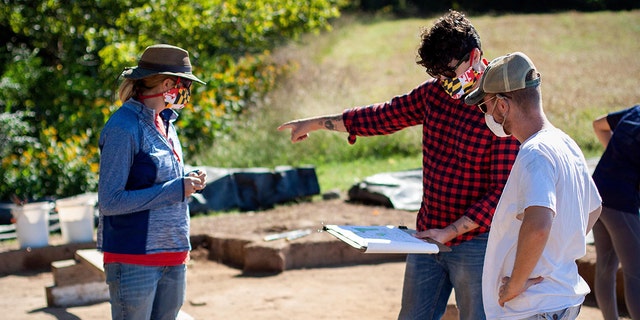 The pair credit the Maryland Historical Trust and the Historic St Mary’s City Foundation for helping to jumpstart their research with grant money.

“This find will not only speak to the early days of those who arrived in what was to be named Maryland but will give important clues to the past about the indigenous peoples who lived in the area long before they arrived,” Historic St. Mary’s City said in a statement.

Maryland larry-hogan” target=”_blank”>Gov. Larry Hogan<. “The state has been proud to support the study of St. Mary’s Fort and looks forward to further excavation of the area as we approach our state’s 400th anniversary.”