A mayor in us-regionstold Fox Nation’s Tomi Lahren that he’s “left to deal with the consequences” of the Biden administration’s border policies, and called the situation a “crisis.”

“I don’t want to play politics, but this is a crisis – pure and simple,” Gila Bend Mayor Chris Riggs told Lahren, who made a recent visit to the southern border. He added that he is trying his best to deal with the situation, and noted that migrants he spoke with told him “they felt they were invited” in the United States.

joe-biden” target=”_blank”>President Biden< immigration policies, which included wall construction and having asylum seekers remain in Mexico instead of staying in the U.S. while they wait for their cases to be heard.

The moves have led to a record surge in migrants, including unaccompanied minors, that has strained capacity at immigration facilities in recent weeks.

Riggs, who is the mayor of a city located about 75 miles north of the U.S.- Mexico border, told Lahren cartels have been taking full advantage of Biden’s border policies, “running a lot of drugs in through here right now.”

“Now I’m seeing Border Patrol bring people here and drop them off,” Riggs continued. “It’s 30 miles to the next town over open dessert … You’re going to walk people across that dessert in 120 degrees, you’re going to find a lot of bodies.” 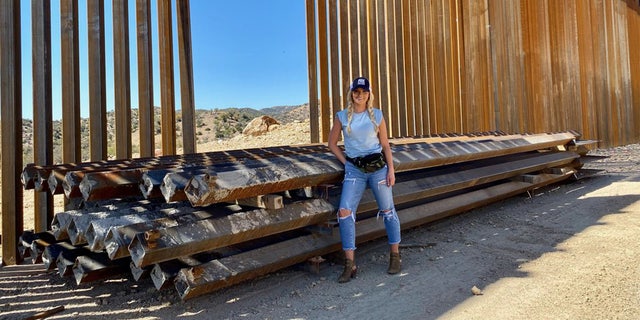 Tomi Lahren visited the southern border where she spoke with a local mayor and ranchers about the migrant surge.
(Fox Nation)

Lahren appeared on “Fox & Friends” Wednesday to share her experiences at the border – a trip she filmed for Fox nation’s ‘No Interruption’ series – and what Riggs and others who live there were dealing with amid the migrant surge.

She stressed that between migrants feeling “like they’ve been invited,” the halt in border wall construction – which she noted has left five-mile gaps – and the Biden administration scrapping the Migrant Protection Protocols (MPP), “the perfect storm for a whole lot of problems at the border” has been created.

In February the U.S. began admitting migrants waiting in Mexico for their immigration cases to be processed — as the Biden administration moved to wind down the Trump-era MMP.

Lahren told host Ainsley Earhardt that ranchers she spoke with in Arizona have had their property set on fire and “fences cut on a daily basis.”

She subsequently noted that Border Patrol agents have been “overworked” as they deal with the migrant surge, and are not as available to help ranchers deal with their issues. 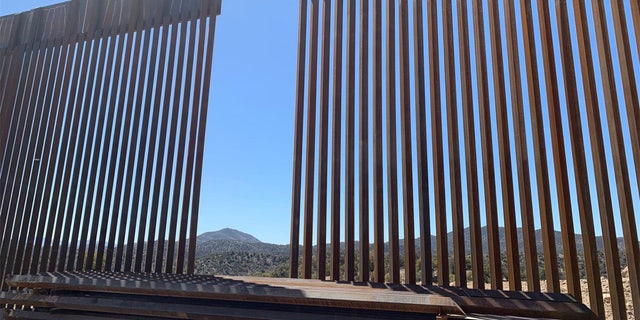 “Their [Border Patrol agents’] resources are limited, and now ranchers like this are really concerned because they’ve got a halt in the border wall – which was doing a lot of the work before and they felt like maybe that would kind of solve some of these problems – but now they’re left completely exposed,” Lahren said.

“They shouldn’t have to be dealing with this. The Biden administration needs to answer for this. These are people’s livelihoods.”

A Biden spokesperson did not immediately respond to Fox News’ request for comment.

To watch the full interviews, check out parts 1 & 2 of “No Interruption with Tomi Lahren: Back to the Border,” available to stream now on Fox Nation.