us-regions authorities have charged a White topics drill sergeant with misdemeanor assault after he appeared on video shoving and shouting at a Black man on a suburban sidewalk earlier this week.

Authorities have identified Staff Sgt. Jonathan Pentland, 42, as the aggressor who demands that a smaller, unidentified Black man “walk away” repeatedly.

“We gave the facts of the case that we have and the evidence we have to the solicitor’s office, and also presented to a magistrate, and that’s who determined what charge would be brought,” Richland County Sheriff Leon Lott said during a Wednesday evening news conference.

When asked to elaborate, Lott said it was “the fact that he put his hands on somebody” that led to the misdemeanor charge.

Officials told WISTV on Wednesday night that the family had been removed from their home by law enforcement after demonstrators formed outside the residence. Some reportedly threw objects at the home and the family was transported to another location. 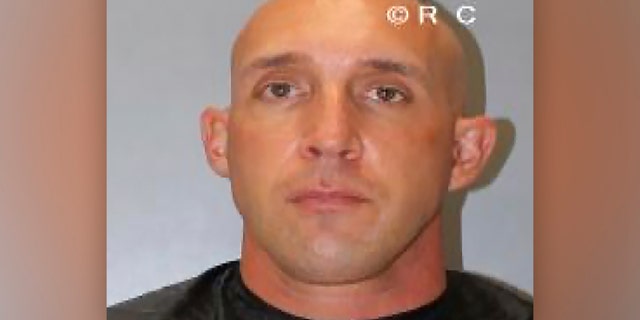 In the video, which was posted to Facebook Monday and shared more than 22,000 times, Pentland can be seen shoving the unidentified victim as he orders him to walk away from the area.

“What is it you’re doing here?” the muscular military man asks.

“Walking,” the victim says with a shrug.

“Then walk,” Pentland says, a demand he repeats many times in the three-minute clip.

At the end of the video, a woman who Pentland identifies as his wife can be heard telling the other man that he had picked a fight with “some random young lady” in the neighborhood, a claim the Black man then denies.

“[Pentland] touched somebody,” Lott said. “That’s an assault. That’s assault and battery when you place your hands on someone, and he did. The video showed that he did, and that’s the evidence that we have that he was charged with.”

He declined to release the victim’s name, although he said that man had been involved in other incidents in the neighborhood before the video was filmed. Still, he said that “none of them justified the assault that occurred.”

“There were some other things that occurred that really doesn’t justify the actions of the suspect,” Lott said.

When pressed on why the assault charge did not come until the video of the altercation went viral, Lott said responding deputies did not have all of that information available at the scene.

Responding officers had only issued Pentland a citation for alleged malicious injury to property in connection with damage to the man’s phone.

“That’s why the investigators got it, and that’s why they did what they did, and they did it very quickly,” he said.

The maximum penalty for third-degree assault is a $500 fine and 30 days in jail, the sheriff added.

Pentland was released on his own recognizance but did not immediately respond to a Fox News request for comment.

“The leaders at Fort Jackson in no way condone the behavior depicted in the video posted recently,” Fort Jackson Commander Brig. Gen. Milford Beagle, Jr. said in a statement.