These drinks are hip.

Four new styles of beer have officially been added to this year’s style guide for the Brewers Association, a trade group for independent brewers. Among them are the New Zealand-style Pale Ale, New Zealand-style India Pale Ale (IPA), Kentucky Common Beer and Belgian-Style Session Ale. 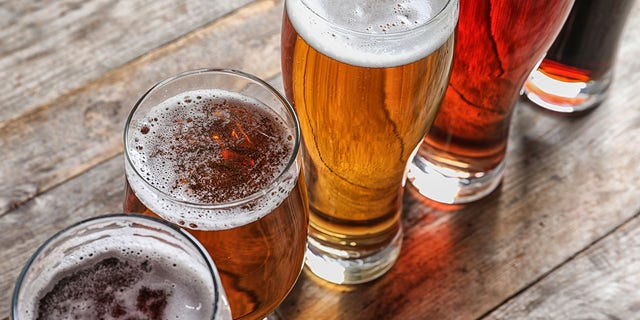 The Brewer’s Association has added four new styles of beer to its guidelines. (iStock).

“Craft brewers in the U.S. and around the world continue to push the boundaries of beer by reviving long lost styles and by innovating in new beer flavor spaces,” Chris Swersey, competition manager at the Brewers Association, said of the news earlier this year. “The 2021 Beer Style Guidelines reflect many exciting trends in brewing with numerous additions and updates for accuracy.”

The new styles will be featured in the Brewer Association’s Great American Beer Festival competition set for this fall.

The New Zealand-style Pale Ale has a medium to high hop aroma with notes of tropical fruit and passion fruit with a dry finish for an easy-drinking, refreshing sip. The maltier, New Zealand-Style India Pale Ale, on the other hand, features citrusy and grassy notes with a dry finish.

The sip get spicier with the Belgian-style Session Ale, while the Kentucky Common Ale is said to taste a little sweeter, featuring a malt aroma with notes of caramel, toffee, corn and caramel.

The official Style Guidelines suggest that these beers were added, in part, because of their more common availability in the commercial market, and not necessarily because they’re new to beer drinkers. The Brewers Association’s Beer Style Guidelines are also based on “historical significance, authenticity, or a high profile in the current commercial beer market,” the BA says.

The Brewers Association currently represents more than 5,300 independent U.S. brewers and over 46,000 members of the American Homebrewers Association. Its annual guidelines have been published since 1993.