Test drive: The 2021 Chrysler Pacifica AWD is fit for the Snowbelt

The Chrysler Pacifica has received a mid-life facelift for 2021 that includes a new grille, lights and restyled interior, but the biggest change are buried deep below the surface. 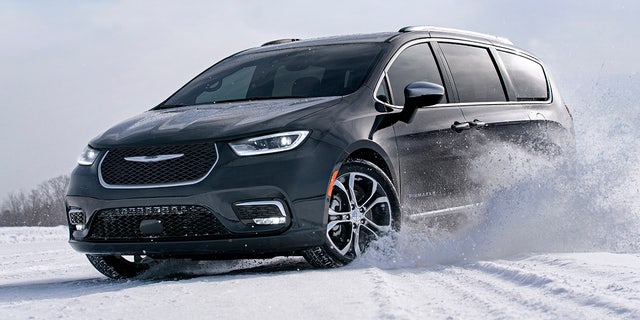 The Pacifica is now available with all-wheel-drive, making it the first make minivan to offer the option since 2004. Considering Chrysler’s minivans are built in Canada, this seems like a particularly egregious oversight, but the Snowbelt is now open wide.

The Pacifica AWD uses the same 287 hp V6 and 9-speed automatic transmission as the front-wheel-drive models, but adds a power transfer unit, driveshaft and rear drive module that lets it spin the rear wheels with up to 100 percent of the power.

Drifting and donuts are actually possible if you try hard enough, but when you’re taking it easy the Pacifica operates front-wheel-drive vehicle extra traction is required. It knows it needs it when a wheel slips, as with many AWD systems, but also engages proactively if it senses it’s on a rough road, if the temperature gets too cold or if the windshield wipers are turned on. 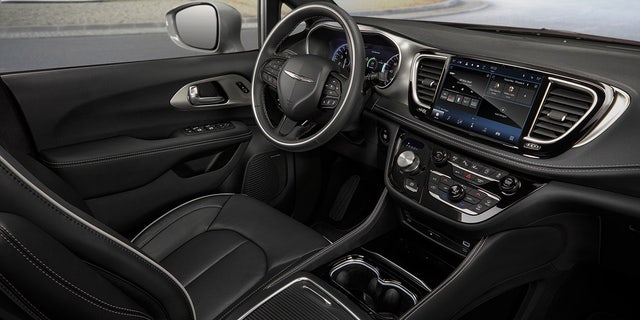 I got lucky and scored a snowstorm during my time with Pacifica Limited, which is the third of four trim levels available that start at $39,535 for a Touring and top off with the $54,885 Pinnacle.

Even on the standard all-season tires, the Pacifica handled the conditions as well as any crossover SUV would have, both on sloppy highways and a pleasant forest road covered in pristine packed snow.

It even comes with a ride height lift like an off-road style! But don’t get too excited. The ground clearance is increased from the front-wheel-drive model’s 5.1 inches to just 5.4 inches, so watch out for large snowballs.

Both are acceptable given the size of the Pacifica and the level of power on tap, which is good for a tow rating of 3,600 pounds. However, Toyota showed up this year with an all-new all-wheel-drive hybrid Sienna minivan that’s similarly priced and gets 35 mpg combined. Game over, right? 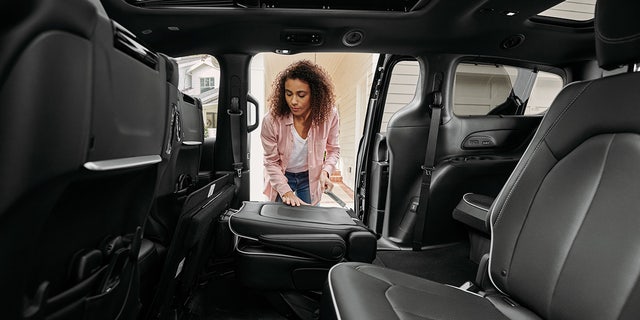 Well, the Pacifica AWD counters with a more muscular feel, surprisingly good handling and its signature fold into the floor Stow ‘N Go seating, which Chrysler figured out how to make work even with that driveshaft running down the middle of the vehicle. No minivan is easier to transform from cargo carrier to people carrier, especially with the power-folding third-row you get in the Limited. (Pinnacles trade the second-row Stow ‘N Go in favor of plusher captain’s chairs with leather throw pillows. 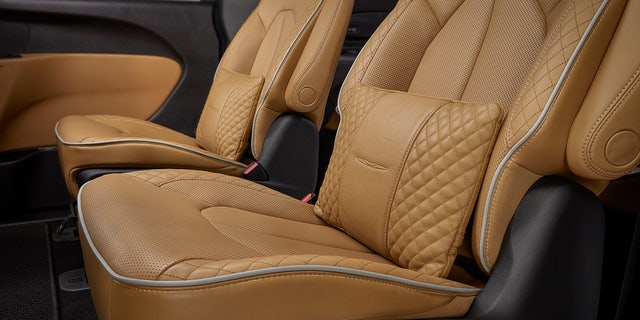 The Pacifica AWD also comes packed with electronic driver aids, including automatic emergency braking and adaptive cruise control, and is available with a self-parking system that can steer the vehicle into and out of spaces and a 360-degree camera to help you squeeze into tight spots yourself. 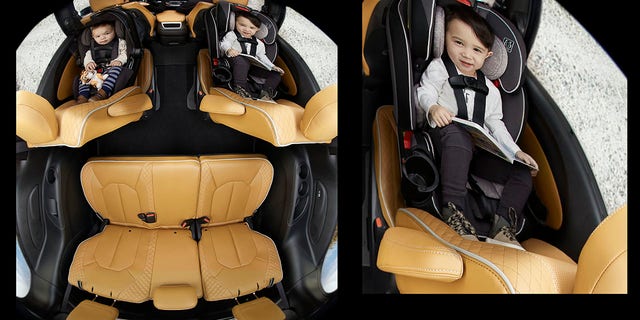 There’s also a FamCAM with zoom that keeps an eye on everyone in the second and third rows; a twin-screen rear entertainment system with built-in games, navigation, HDMI inputs and Bluetooth headphones; up to 12 USB ports; and an 18-speaker, 760-watt Harmon Kardon audio system with subwoofer. A built-in vacuum makes clean up easy for after your awesome tailgate party or — more likely in a minivan — family road trip, which could be further north than usual in the Pacifica AWD.