A 911 caller alerted police that someone was “trying to stab us” before the fatal officer-involved shooting of 16-year-old Ma’Khia Bryant, who appeared to attack two other females with a knife on Tuesday.

Police released new information about the case on Wednesday, including two 911 calls, the body-worn camera footage of three officers who responded to the call and the identity of the officer who pulled the trigger.

The first 911 call came in at 4:32 p.m. The caller, who has not been identified by police, said amid a commotion in the background, “[indistinguishable]…trying to fight us, trying to stab us, trying to put their hands on our grandma. Get here now.”

Ma’Khia Bryant’s mother, Paula Bryant, told 10TV that her daughter called 911 herself because people were threatening her. The Columbus Police Department did not identify the caller and deferred to the Ohio Bureau of Criminal Investigation, who told Fox News they cannot share that information right now.

A second 911 call came in, but the caller quickly hung up when police arrived at the scene.

The officer who shooting” target=”_blank”>discharged<

Two other officers, whose body camera footage was also released Wednesday, performed CPR and other life-saving measures on Bryant after the shooting. She was transported to a local hospital where she was pronounced dead.

Columbus Public Safety Director Ned Pettus Jr. said the community should not “rush to judgment” in the aftermath of the “tragedy.”

“I understand the outrage and emotion around this incident. A teenage girl is dead and she’s dead at the hands of a police officer. Under any circumstances, that is a horrendous tragedy. But the video shows there is more to this. It requires us to pause, take a close look at the sequence of events, and though it is not easy, wait for the facts.”

Columbus interim Police Chief Michael Woods said he cannot comment on this specific incident, but said that police officers are trained to use deadly force to stop a deadly assault on an officer or third party from happening.

“When officers are faced with someone employing deadly force, deadly force can be the response the officer gives,” Woods said Wednesday. 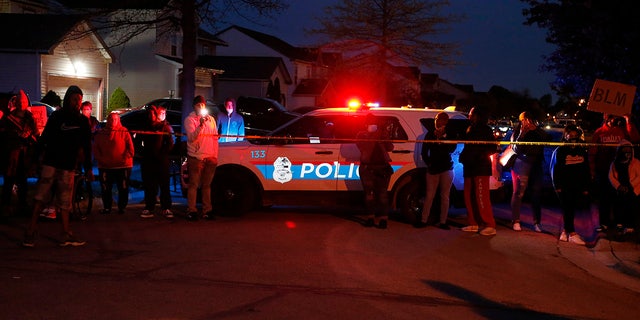 A crowd gathers to protest in the neighborhood where a Columbus police officer fatally shot a teenage girl, Tuesday, April 20, 2021, in Columbus, Ohio. 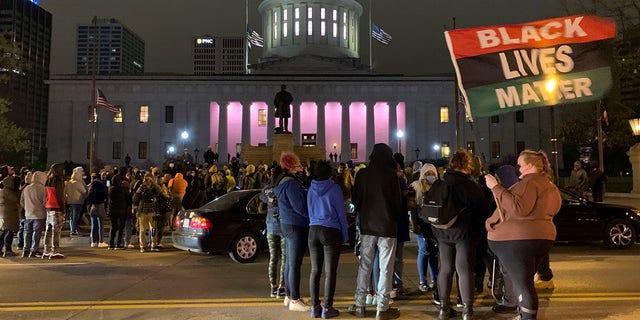 A crowd gathers in front of the Ohio Statehouse during a protest Tuesday, April 20, 2021, in Columbus, Ohio.

The us-regions Bureau of Criminal Investigation will now lead an independent investigation into the incident. When they are finished, the information will be sent to the Franklin County Prosecutor’s Office, which will present it to a grand jury.

Columbus Mayor Andrew Ginther said that authorities are trying to be as transparent as possible in the aftermath of the shooting.

“We remain committed to ensuring accountability in all violent interactions between police and our neighbors,” Ginther said Wednesday. “The BCI investigation is the first step in unravelling what led to the tragic death of yet another child in our community.”