Michael Keaton returning as Batman in upcoming 'The Flash' movie

It is official: Michael Keaton is reprising his role as Batman/Bruce Wayne in the upcoming movie “movies” target=”_blank”>The Flash.” <, Keaton’s talent agency, ICM Partners, confirmed his participation in the Andrés Muschietti-directed genres.

Muschietti confirmed production kicked off in London on Monday in an Instagram post. Keaton first played the Caped Crusader in Tim Burton’s 1989 hit “Batman,” and then again in the 1992 film “Batman Returns.”

Ezra Miller is set to reprise his role as Barry Allen/The Flash. Fans were introduced to him in “Justice League” in 2017. Sasha Calle, best known from “The Young and the Restless,” will play Supergirl.

MICHAEL KEATON IN TALKS TO RETURN AS BATMAN IN UPCOMING ‘THE FLASH’ MOVIE: REPORT

Back in December, Keaton, 69, sent fans into a frenzy when he told Deadline he was concerned about COVID-19 safety and said he may not do the movie. 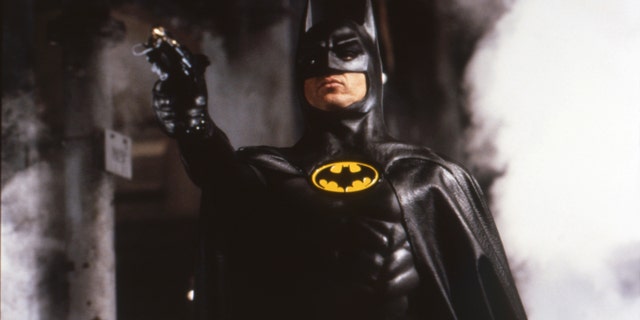 Michael Keaton on the set of ‘Batman.’
(Sunset Boulevard/Corbis via Getty Images)

“To be honest with you, you know what worries me more than anything about all this stuff? It’s COVID,” Keaton said at the time. “I’m more concerned. I keep my eye more on the COVID situation in the U.K. than anything. That will determine everything, and so that’s why I’m living outside the city here on 17 acres, staying away from everybody, because the COVID thing has got me really concerned. So, that’s my first thing about all projects. I look at it and go, is this thing going to kill me, literally? And you know, if it doesn’t, then we talk.”

Per The Wrap, “The Flash” movie will be introducing fans to the “idea of the multiverse, one of the core concepts underpinning DC Comics,” and will allow “several different versions of the same characters to simultaneously exist and, occasionally, interact.”

Keaton’s version of Batman reportedly will not affect Matt Reeves’ movie “The Batman,” starring Robert Pattinson, which is also filming in the UK.