Barking pets” target=”_blank”>dogs< seemingly tried to kill her dog. Apparently, the unidentified person left a poisoned bone out for the beloved pet. 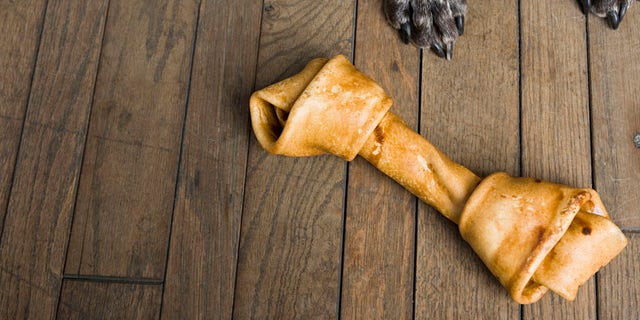 Cheri Blair let her dog, a Portuguese Podengo, out for a walk on Monday morning when she made a disturbing discovery.
(iStock)

Cheri Blair let her dog, a Portuguese Podengo, out for a walk on Monday morning, The Sun reports. She says when the dog didn’t immediately return to the house, she went out looking for it and found it with a strange bone.

According to The Sun, she explained, “I went down there and it was one of those ones that you have to go to a pet store to get, like a freeze-dried bone, quite big.”

She reportedly noticed something else on the ground as well.

“Something made me go down there [again], and then I looked down,” she continued. “There was a letter, but it was sealed in an envelope and it had the message on it.”

The note, which had multiple grammatical and spelling mistakes, reportedly said, “Your dog is to be poisoned, to much barking, sorry but not choice, your falt.”

“I just started freaking out and I started screaming at my husband, go get the bone,” Blair said. “They couldn’t even spell, it was horrible.”

While they haven’t been able to confirm whether or not the bone was poisoned, Blair’s dog did have to spend the day at an animal hospital. Fortunately, the dog reportedly suffered no serious complications and is alive and well.