ellen-degeneres” target=”_blank”>Ellen DeGeneres<” on 4/20 to reveal that consuming a marijiuana drink recently complicated an emergency situation involving her wife, celebrity-news” target=”_blank”>Portia de Rossi< in March after some pain she was suffering got even worse as the night went on. It turned out that the actress needed an emergency appendectomy, from which she is recovering nicely. However, she explained to Kimmel that the situation was made all the more difficult by DeGeneres’ decision to consume a hearty amount of weed beverages before the incident.

DeGeneres explained that she’s not normally one to consume marijuana saying she really “hates the way it feels.” However, in a stroke of bad luck she decided to give it a shot on the night de Rossi was complaining about not feeling well. It was roughly 7:30 p.m. when she started complaining about pain. Not thinking much of it, the talk show host decided to partake in an effort to have some better sleep. 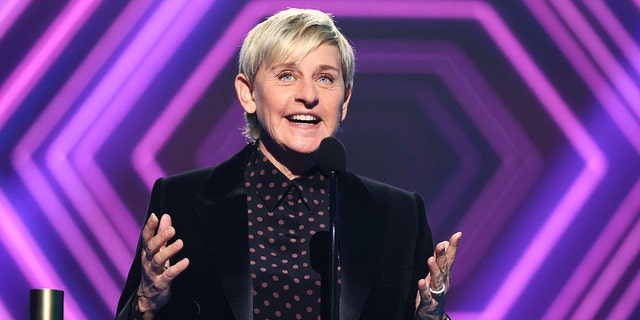 This prompted Kimmel to question whether or not DeGeneres drove her wife herself after admitting to being on marijuana.

“I did. I mean, I kicked in, like my adrenaline, because I just had to rush her there. It’s probably not safe,” DeGeneres confessed. “I shouldn’t be saying any of this.”

Fortunately, nothing bad happened and de Rossi got the care she needed. Ellen concluded the clip by informing the talk show host that her wife is currently doing much better.