The FBI announced on Tuesday that two illegal immigrants from Venezuela were arrested and charged for allegedly pushing, dragging and punching a Border Patrol agent while being apprehended in Texas.

Kevin Escalona Gonzalez, 35, and 27-year-old Yuleixy Mata Fuentes – two Venezuelan nationals and “undocumented non-citizens” – were arrested for an assault on a federal officer on Oct. 31.

At approximately 6:45 a.m. that day, a U.S. Border Patrol agent was advised of a group of undocumented non-citizens crossing into the United States. It was not clear how many migrants were in the initial group.

The agent followed the group into a residential area adjacent to Ascarate Park. 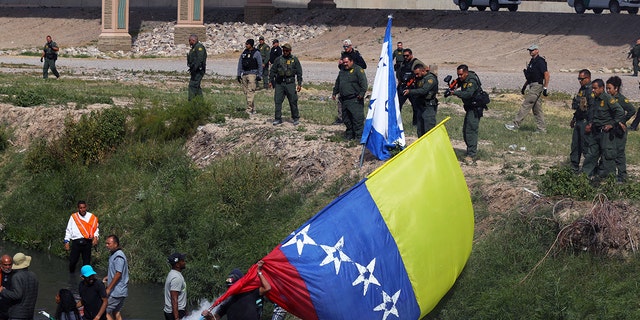 Border Patrol agents from the El Paso sector fire rubber bullets to a group of Venezuelan migrants as they cross the Rio Bravo (or Rio Grande, as it is called in the US), after a demonstration against U.S. immigration policies in Ciudad Juarez, Mexico, on October 31, 2022.
(HERIKA MARTINEZ/AFP via Getty Images)

The group dispersed and ran, however, the agent caught up to Gonzalez and Fuentes, who refused to comply with commands, according to a press release from FBI El Paso published on Tuesday.

The agent attempted to handcuff them; however, they allegedly resisted arrest and an altercation ensued.

During the altercation, the agent was “pushed, dragged, and punched by the individuals,” FBI said.

The agent was able to gain control of them without further incident, according to the bureau. 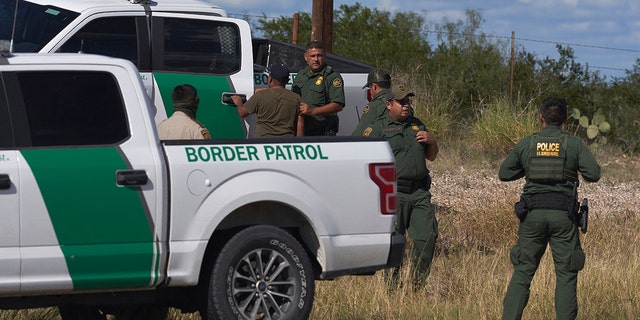 An illegal migrant found smuggled in a vehicle is apprehended by U.S. Border Patrol and the Webb County Sheriff on October 12, 2022, in Laredo, Texas.
(ALLISON DINNER/AFP via Getty Images)

Gonzalez and Fuentes made their initial court appearance before a U.S. Magistrate Judge on Nov. 1 and are currently being held at the El Paso County Correctional Facility.

“The men and women of the U.S. Border Patrol work tirelessly to keep our borders safe,” said FBI El Paso Special Agent in Charge Jeffrey R. Downey. “Assaults on Border Patrol agents or any other federal agents/officers or task force officers will not be tolerated and will be addressed swiftly by our office so they can continue to carry out their sworn duty to protect our communities.” 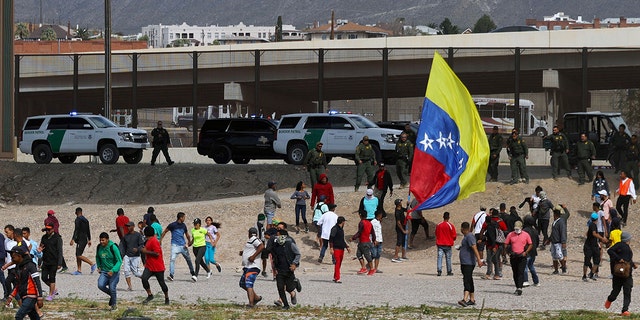 Venezuelan migrants flee from the Border Patrol agents of the El Paso sector during a demonstration against U.S. immigration policies in Ciudad Juarez, Mexico, on October 31, 2022.
(HERIKA MARTINEZ/AFP via Getty Images)