The Food and Drug Administration (FDA) has lifted restrictions on telemedicine judiciary, reigniting debate over the administration of the controversial drug mifepristone.

In a letter Monday, the agency told the American College of Obstetricians and Gynecologists (ACOG) that it would exercise discretion in enforcing its requirement that women obtain the pills in person. The issue attracted much debate under the Trump administration, whose rule effectively limited options for women seeking abortions during the pandemic.

She added that the Center for Drug Evaluation and Research, housed within the FDA, found that “the small number of adverse events reported to FDA during COVID-19 … provide no indication that any program deviation or noncompliance with the Mifepristone REMS Program contributed to the reported adverse events.” REMS – Risk Evaluation and Mitigation Strategy – refers to safety protocols for taking the medication. 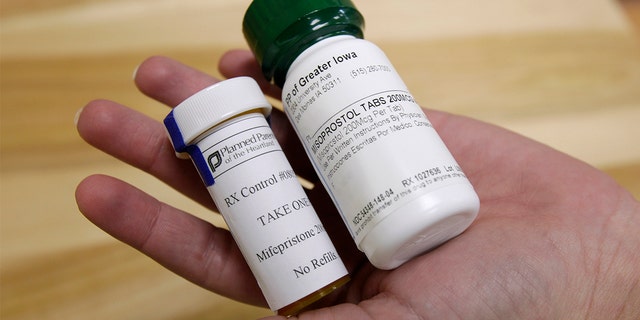 By contrast, the Trump administration defended the policy, telling Vice it served to “ensure that the benefits of the drug outweigh its risks.”

While ACOG and others praised the move, the Association of Pro-Life Obstetricians and Gynecologists (AAPLOG) worried that the FDA’s decision could endanger women’s safety.

In a statement to Fox News, AAPLOG President Dr. Christina Francis accused the FDA of “completely” ignoring “the thousands of women who are showing up in their local emergency rooms due to heavy bleeding, retained tissue, infection, or other complications as a result of medication abortions.” She added that the numbers would increase by relaxing safety standards.

In-person visits, Francis said, are critical to detecting ectopic pregnancies, which can be life threatening; ensuring accurate estimations of gestational age; and for determining whether women need the medication Rhogam, which is used to prevent complications in future pregnancies.

“It is impossible for a physician who is states away to safely, compassionately and fully care for a woman and ensure she has appropriate follow up,” Francis told Fox News. “Abandoning our patients to the closest clinic or emergency room is not good medicine.”

ACOG, however, praised the decision as a way to protect patients and medical professionals from contracting COVID-19 during in-person visits. It also maintained that studies had shown the drug to be “a safe, effective medication.”

“[T]here is no safety reason for the restrictions and that the restrictions were more burdensome than those placed on medications with similar safety profiles,” read a joint statement from ACOG leadership.

Advocacy groups like Students for Life of America and Planned Parenthood weighed in, as well.

Francis argues that U.S.-based studies on the issue are generally tied to entities with financial interests in the procedure. Her organization points to a Finnish study, which examined more than 42,000 women, that found complications in one in five women who utilized medicinal abortions. Almost 6 percent required surgery and “the rate of complications was four times higher in medical than in surgical abortions.”

The group adds: “Finally, a meta-analysis of all available Mifepristone/Misoprostol studies worldwide including over 47,000 women found a 4.8% treatment failure rate.”

On Tuesday, Francis told Fox News: “The true number of complications from use of a Mifepristone abortion regimen is much larger, since many studies show that on average 5-8% of women need emergency room visits for complications, and this does not even include the number of surgeries done in the abortion clinics.”

She added: “5% of the 3.7 million women who have used Mifepristone according to FDA estimates means at least 185,000 women have suffered and needed surgery and medical treatment as a result. The FDA Mifepristone Adverse Event Reports represent only 1.73% of these women … [The] FDA itself admits, for example, that it ‘does not receive reports for every adverse event… that occurs with a product.’ This is in part because healthcare professionals are not required to report adverse events; rather, such reporting is voluntary.”