celebrity-news” target=”_blank”>Bobby Brown< in 2012 at age 48. The late music icon was found dead in the bathtub of her Beverly Hilton hotel room with drugs in her system. Three years later, her and Brown’s daughter, Bobbi Kristina, was found face-down in the bathtub of her Georgia home with drugs also in her system and died months later in hospice care after falling into a coma.

When Jada eventually asked if he believed that Gordon drugged his daughter, the former New Edition member made his thoughts on the matter unmistakable. 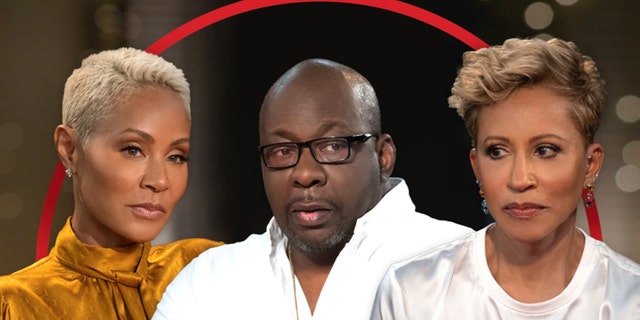 Bobby Brown Sr. revealed that he believes Nick Gordon had a hand in the deaths of Whitney Houston and Bobbi Kristina Brown.
(Red Table Talk / Facebook)

“Definitely. He was the only one there with both situations, with my ex-wife [Whitney Houston] and with my daughter, and they both died the same way,” he said.

Gordon died in 2020. E! News reported at the time that the cause of death was deemed accidental due to heroin toxicity.

Gordon, who was 30 at the time of his death, was suspected to have overdosed on New Year’s Day in Florida. He had reportedly suffered a series of heart attacks following the now-confirmed overdose and later died at Altamonte Springs Hospital, the Daily Mail reported at the time.

Entertainment Tonight notes that Gordon was found liable for the wrongful death of Bobbi Kristina after he failed to show up for a civil hearing on the matter.

Speaking on “Red Table Talk,” Brown noted that Gordon’s death prevented him from confronting him about his thoughts on the demise of his ex and his daughter.

“I was in rehab at the time when he passed,” Brown explained. “I had planned on, once I left rehab, to approach the young man just to find out how my daughter was in her last days. But no, I never got a chance to find out from him or talk to him.”

Brown’s visit to the talk show comes as he continues to grapple with the death of his son Bobby Brown Jr. at age 28 due to a combination of alcohol, cocaine and fentanyl. The Los Angeles Police Department previously confirmed to Fox News that an ongoing criminal investigation is underway. Brown Sr. previously spoke to People where he called on those responsible for providing his son with “street fentanyl” to be held accountable for his death. 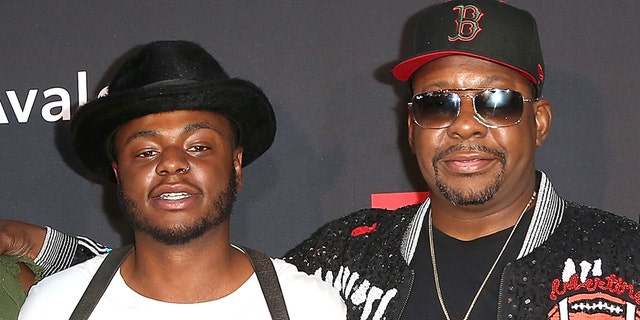 Bobby Brown and Bobby Brown Jr. pose together at an event prior to the latter’s death at age 28.
(Maury Phillips/Getty Images for BET)

“The investigation is still going on. I’m keeping my fingers and toes crossed [that] they find the people and get these drugs off the street, but my babies are gone. I’ve been through my time and I know that my time played a part in my son feeling he could test something. You know? And I feel guilty about that,” he admitted to the hosts.

Brown also noted, as he has in the past, that he does not believe his son was dependent on drugs but merely “experimented” with the wrong thing.

“There’s murderers out there right now that are creating these synthetic drugs that are killing these kids. It’s like they’re committing murder. It’s homicide,” he alleged.