music” target=”_blank”>Grimes< with her fans.

On Sunday, the 33-year-old singer showed off a tattoo that featured tangled lines covering her entire back. Grimes described the ink as “alien scars.”

“Full back in white ink by @tweakt w sum help from the alien computer brain of @nusi_quero,” she captioned the snapshot.

“Don’t have a good pic cuz it hurts too much and I need to sleep haha, and it’ll be red for a few wks , but gna be beautiful alien scars,” Grimes, whose real name is Claire Boucher, added. “Hope everyone’s having a good day.” 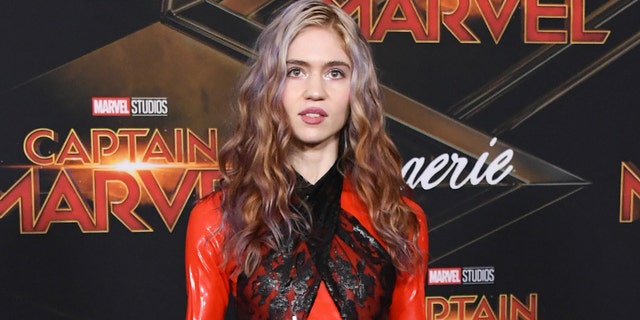 On Sunday, 33-year-old singer Grimes showed off a tattoo that featured tangled lines covering her entire back. (Photo by Jon Kopaloff/FilmMagic)

Share
Facebook
Twitter
Pinterest
WhatsApp
Previous articleSen. Wicker on infrastructure meeting with Biden: We made good points but 'there is a lot of space between us'
Next articleJoseph Siravo, ‘Sopranos’ and ‘Jersey Boys’ star, dead at 66
Fox Newshttp://iktodaypk.com