John Tesh recalls how he was 'ready to take’ himself ‘out’ while battling cancer: 'I was angry at God'

In 2015, John Tesh was diagnosed with a rare form of prostate cancer and given only 18 months to live.

Today, not only is the now-67-year-old healthy, but he has detailed his private battle in a new memoir titled “Relentless: Unleashing a Life of Purpose, Grit, and Faith,” which explains how faith” target=”_blank”>faith<

Tesh spoke to Fox News about what kept him going during those crucial months with cancer and finding faith in God.

Fox News: You were previously diagnosed with prostate cancer and only given 18 months to live. What kept you going?
John Tesh: Two things went through my mind. One was, well, I’m 63 years old, I’ve done a bunch of stuff. I guess this is it. Let’s make plans for somebody else to take over my job and let’s make sure everybody’s taken care of with insurance and all the rest of that. So, right away I became a cancer patient. Basically, I just received the diagnosis and the disease, which I don’t recommend. In Proverbs 18:21, it says, “Death and life are in the power of the tongue.”

NATALIE WOOD’S DAUGHTER RECALLS GROWING UP WITH THE STAR: ‘THE NARRATIVE HAS BEEN SKEWED TOWARD THE TRAGIC’ 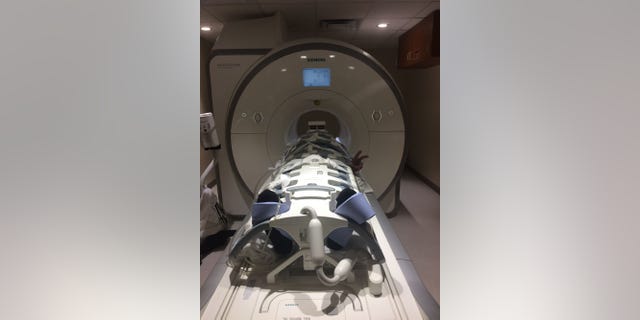 And I was speaking like a cancer patient… We got really smart and started finding doctors who could help save my life. But I was not prepared for the suffering. People who have had chemo, they know what this is about.  Where I had chemotherapy, I have something called androgen deprivation therapy where they take the testosterone out of your body, which basically gives you male menopause. Then I had two major surgeries and I had complications from those surgeries. 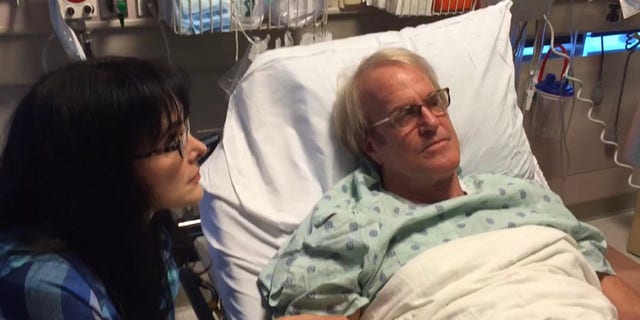 John Tesh was only given 18 months to live.
(Photo courtesy of John Tesh)

JANE BIRKIN RECALLS HER SCANDALOUS SONG WITH LOVER SERGE GAINSBOURG THAT ROCKED THE VATICAN: ‘IT WAS GOOD FUN’

So I was pretty much ready to just take myself out, grab some weights from my backyard and strap them to my ankles and jump in the pool. I was a terrible, terrible patient and the only reason I was able to get out of that was my wife who not only was my advocate but also helped introduce me to some powerful scriptures that when I manifested those and when I got the revelation of those, I knew I could get healed.

Fox News: Your cancer ultimately came back. How did you cope?
Tesh: The cancer kept coming back and it kept ending up in my lymph nodes… [My wife and I] learned about one scripture in particular, Mark 11:23 which says, “Whoever says to this mountain, be removed and be cast into the sea and does not doubt in his heart, but believes that what he says will be done shall have whatever he says.” Therefore, whatever you ask when you pray, believe that you’ll receive it and you will have it. 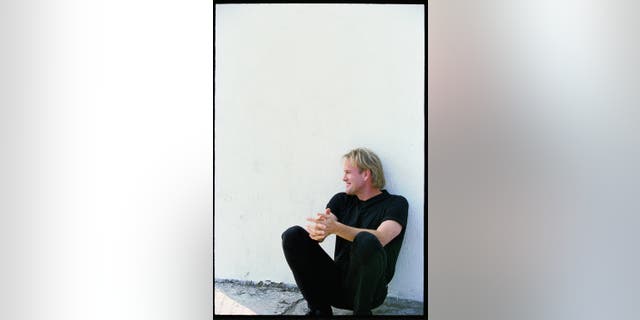 ‘30S STAR GRETA GARBO ‘HAD SOCIAL ANXIETY AND A FEAR OF CROWDS’ BUT WAS NOT ‘A RECLUSIVE FIGURE,’ AUTHOR SAYS

We had been studying this and other scriptures in the Bible about the promise of healing that came from Jesus. And so, when it came to the last appointment where they wanted to radiate my pelvis with 62 different radiation treatments in a three-month period, at that moment, we realize that we’d caused so much damage to my body that we were done. And at the moment, Connie and I shared a look. Faith was born. And I knew that I was done with treatment and the cancer never came back. 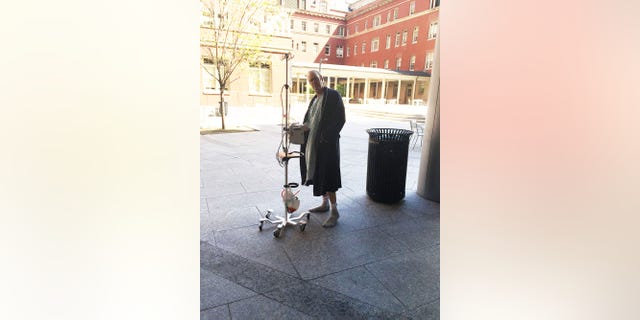 John Tesh was diagnosed with a rare of prostate cancer.
(Connie Sellecca)

And when that happened, I almost lost my wife because I walked out. I walked out of the house and I went on a bicycle journey to try and figure myself out. Fortunately, she forgave me because that was nothing more than disrespect to her because she had been working so hard as an advocate. Feeling sorry for yourself will also get you killed.

‘50S SEX SYMBOL MAMIE VAN DOREN ON LEAVING HOLLYWOOD AFTER MARILYN MONROE’S DEATH: ‘THERE WERE A LOT OF DRUGS’ 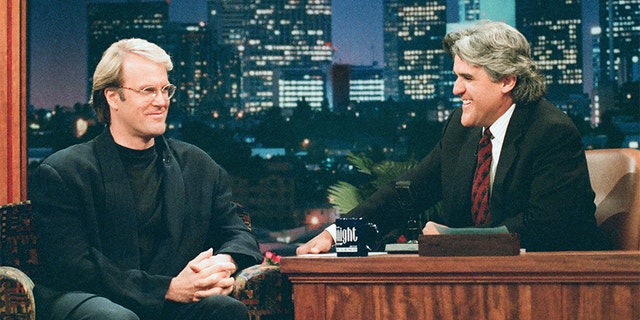 If I stood with Connie and we stood on faith and we stood on the scriptures that could get me healed, that that’s where God wanted me to be. I was angry at God at the beginning because I thought that maybe God had put this sickness on me to either teach me a lesson or for me to have a ministry but there’s nowhere in the new covenant in the Bible that says that God wants you anything but well. 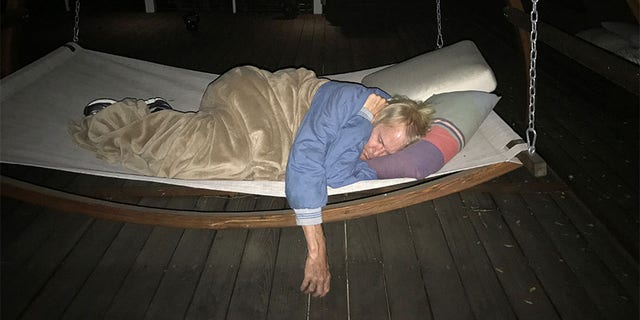 Fox News: What has been the secret behind your lasting marriage?
Tesh: I would say what keeps Connie and I together, and we’re closing in on 28 years – I mean, I can give you the silly thing like, “Hey, just do whatever your wife says.” There’s a lot of that in there, especially if your wife is Italian like my wife, but we’re equally yoked.

KIRK DOUGLAS AND WIFE ANNE BUYDENS REMAINED DEVOTED, IN LOVE WITH EACH OTHER, SAYS PAL 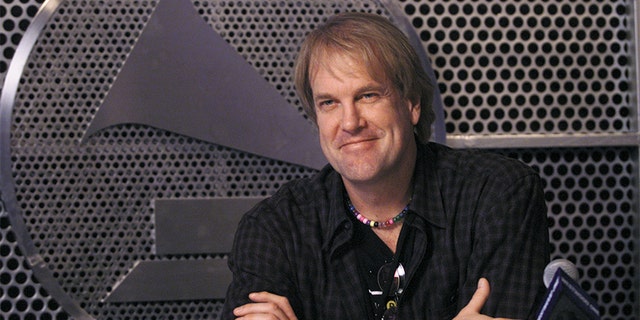 LORETTA YOUNG’S SON SAYS ‘40S STAR REMAINED DEVOTED TO HER FAITH DURING FINAL YEARS: ‘SHE HAD A MORAL COMPASS’

Fox News: In your book “Relentless” you described being homeless. What exactly happened?
Tesh: I wanted to be a musician and a performer my whole life. I was trained as a pianist and a trumpet player when I was a kid. My dad was one of the vice presidents of the Hanes underwear division and so he thought that I should have a real job… I wanted to go to a performing arts academy and he thought that I needed something to make sure I had a future. So he enrolled me in North Carolina State University in textile chemistry so I could carry on the underwear legacy.

JANE SEYMOUR TURNS 69 — THE ‘DR. QUINN’ STAR REVEALS HER SECRETS TO AGING GRACEFULLY: ‘NOBODY BELIEVES IT’ 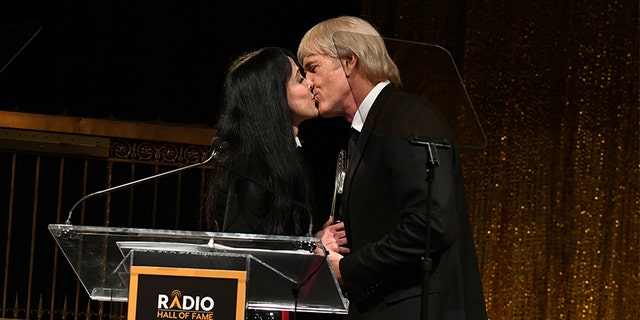 Connie Sellecca and John Tesh take the stage during the Radio Hall of Fame Class of 2019 Induction Ceremony at Gotham Hall on November 08, 2019, in New York City.
(Photo by Michael Kovac/Getty Images for Radio Hall of Fame)

‘BRADY BUNCH’ STAR SUSAN OLSEN REMEMBERS HER FRIENDSHIP WITH FLORENCE HENDERSON: ‘ALL THE LOVE WAS GENUINE’

I did that for a couple of years and then I got bit by the radio, television bug… I just wasn’t happy doing the textiles thing and I tried to drop my courses and change majors, but one of my teachers wouldn’t do that… I made the fateful decision after a couple of days on the advice of a fraternity brother to forge my professor’s name… to get out of the course.

Long story short, I got thrown out of the university suspended indefinitely. I had broken the honor code and I had also gotten an F for the course. My dad read the letter from the university and he said I was no longer welcome in his house so he threw me out. Then my girlfriend broke up with me. The only thing I had left was a pup tent in my Volkswagen. So I drove to a park and was homeless for four to six months. I was working construction with no future ahead of me. 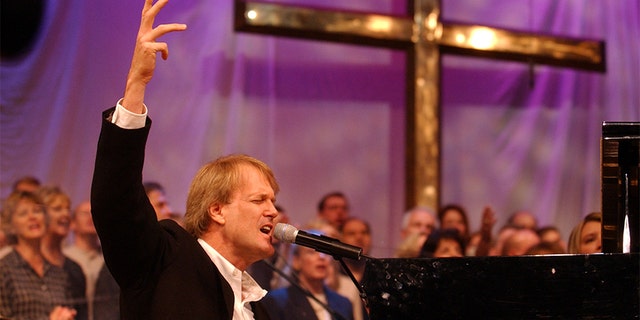 ‘THE SINNER’ STAR BILL PULLMAN REFLECTS ON HIS FRIENDSHIP WITH JOHN CANDY: ‘HE TOOK ME UNDER HIS WING’

Fox News: Early on in your career you crossed paths with a young journalist named oprah-winfrey” target=”_blank”>Oprah Winfrey< 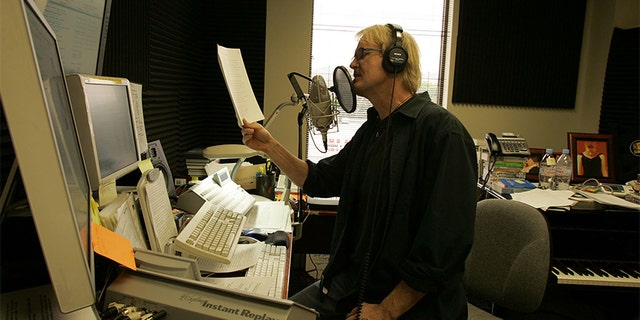 She could interview people for hours and it would be entertaining. And who knew that she would take that to Baltimore and then to her syndicated show. So we became friends. We were on the same stories. We went out for a little while. We had dinner a lot together and, every now and then, we stay in touch. But what an amazing journey she had. And I saw it happen right at the beginning.

Fox News: Where did the inspiration for “Roundball Rock” come from?
Tesh: “Roundball Rock” is one of those songs that sort of wanted itself to be written. Back in 1980, I knew that NBC was looking for a new theme for their basketball coverage. I had been working in sports for years, so I knew what the sort of vibe should be, but I couldn’t figure out what it was. I was not known as a musician back then.

I was in Europe covering another event and I got this idea at 2 o’clock in the morning in a hotel in France. It was a theme I had in my head and I knew that if I went to sleep that I would forget it. I didn’t have a manuscript paper with me or a keyboard or even a portable recorder. So I called my answering machine back in New York City and I left a message for myself and the message was just like, “Here’s an idea for the NBA basketball theme.” And I sang what I had in my head into the phone. 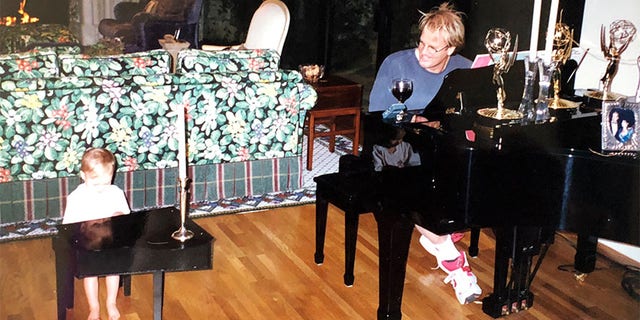 It cut me off and I called back and did the second part of it. When I got back home two weeks later. I took the answering machine and put it on my piano, figured out what the chords were and then I called my band in and then I hired an orchestra. I played it, I sent it to NBC and a couple of days later I got a call saying, “Hey, this is great. We’re going to play this. We’ll play this for 20 years and put two of your kids through college.” Basically is what they said. So it worked out. But it was that simple.