Search-and-rescue crews found one deceased person at the site off the us-regions coast where a commercial platform vessel flipped over in rough seas, the Coast Guard announced Wednesday, as a desperate search for 12 people who remain unaccounted for continued.

The Seacor Power capsized Tuesday afternoon about 7 nautical miles off the coast of Port Fourchon during a period of “extremely limited visibility” and challenging weather in which winds were gusting as high as 90 miles per hour and seas were 7 to 9 feet high, according to Will Watson, the sector commander of military Sector New Orleans.

“Unfortunately, we have recovered one individual on the surface of the water who was deceased, and the search effort continues for the remaining 12,” Watson told reporters Wednesday. “My heart and the collective heart of our team goes out to the families and to Seacor, but we are giving it all we have.” 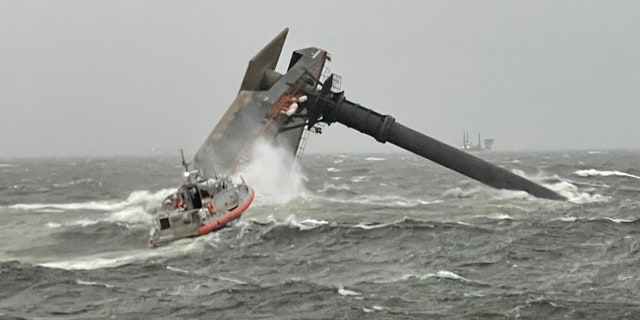 Watson added that the 129-foot-ship, which left Port Fourchon for Main Pass around 1:30 p.m. yesterday, remains overturned and partially submerged and grounded in about 55 feet of water.

“We don’t know at this time exactly the mission they were on, our focus is that the vessel has capsized and we are trying to find the folks that remain unaccounted for,” he said.

There were 19 people on board the vessel, six of whom were rescued and brought to safety, according to Watson.

Louisiana resident Simon Bruce told FOX8 that the “mayday” calls that went out Tuesday were the most he had ever heard at one time.

As of Wednesday morning, the current search involved at least four Coast Guard vessels, four private ones and Coast Guard airplanes based in Corpus Christi, Texas, and Mobile, Alabama. A Coast Guard helicopter was also being used. 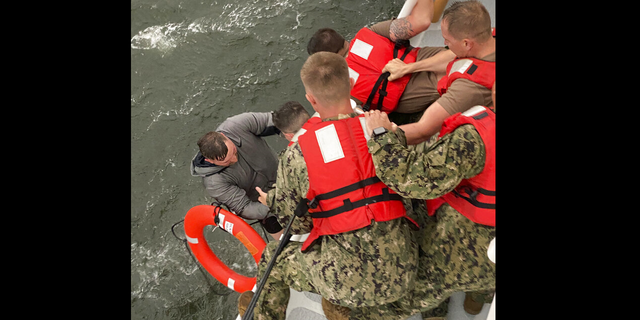 Relatives of the missing passengers rushed to the port from their homes nearby, seeking any information they could get, Lafourche Parish President Archie Chaisson III said.

The company involved, Houston-based Seacor Marine, also set up a private hotline to share information with families of those onboard, he added.

The National Weather Service in New Orleans had been warning of bad weather offshore, including a special marine warning issued before 4 p.m. Tuesday that predicted steep waves and winds greater than 58 mph.

The Seacor Power crew sent an emergency distress signal a half-hour later, at 4:30 p.m., according to the Coast Guard, which then issued an urgent marine broadcast that prompted multiple private vessels in the area to respond, saving four of those who went into the water, the agency said. Coast Guard crews in boats rescued another two people.

The Seacor Power is designed to become an offshore platform by dropping three towering legs down to the sea floor. It flipped over in the high wind and rough seas. At one point, it would be seen on video with one of its legs pointed awkwardly skyward as rescuers searched in the heaving water.

Port Fourchon, Louisiana’s southernmost seaport, is a major base for the U.S. oil and gas industry, supporting most of Louisiana’s offshore platforms and drilling rigs.

The storm also overturned other vessels and damaged property from Louisiana’s shore up to New Orleans. The Coast Guard warned in a Facebook post that the storms caused “significant hazards to life and property.”

“Please join @FirstLadyOfLA and me in praying for those who remain missing after yesterday’s capsizing off the coast of Grand Isle and for those who are working to rescue them,” Louisiana Gov. John Bel Edwards tweeted Wednesday morning.

Fox News’ Dom Calicchio and The Associated Press contributed to this report.