air-and-space Jet Propulsion Laboratory (JPL) said Monday night that its Ingenuity Mars helicopter was in need of a software update and that a new date for its historic flight would be announced next week.

In a release, the agency said that the Ingenuity team had identified a software solution for the “command sequence issue” first discovered on Friday, April, 9, during one of its last rotor tests — a “high-speed spin-up test” — before its previously announced April 11 flight date.

JPL said that over the weekend it had tested multiple potential solutions and determined that “minor modification and reinstallation of Ingenuity’s flight control software is the most robust path forward.”

The planned update will alter the way in which the helicopter’s two flight controllers start up and allow both hardware and software to “safely transition to the flight state.”

In addition, it noted that while modifications to the flight software and its development are “straightforward,” validating the changes and completing the uplink to Ingenuity is anticipated to take a while and a timeline for rescheduling the helicopter’s tests are still in progress.

In order to reach the desired outcome, and move the new software to the vehicle, the team will have to develop, validate and upload software, load the software onto the Ingenuity flight controllers and boot it on the new software.

“Once we have passed these milestones, we will prepare Ingenuity for its first flight, which will take several sols, or air-and-space. Our best estimate of a targeted flight date is fluid right now, but we are working toward achieving these milestones and will set a flight date next week,” the team said. 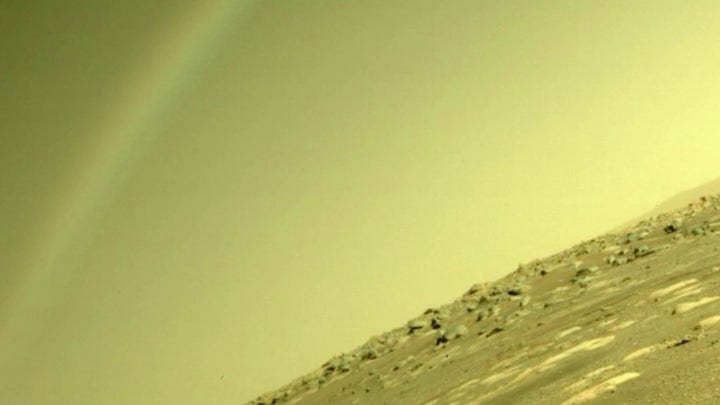 “We are confident in the team’s ability to work through this challenge and prepare for Ingenuity’s historic first controlled powered flight on another planet,” JPL said.

It noted that Ingenuity continues to be healthy on the air-and-space, with critical functions remaining stable, and that challenges are not unexpected using a “high-risk, high-reward approach.”

“In the meantime, while the Ingenuity team does its work, Perseverance will continue to do science with its suite of instruments and is gearing up for a test of the MOXIE technology demonstration,” it said.

NASA said Ingenuity had deployed to the Martian surface and survived its first night outside of the rover last week. Perseverance successfully landed on Mars on Thursday, February 18.