The military will assist the world-regions government in the disasters to dig out a giant disasters currently disasters” target=”_blank”>stuck<.

The MV Ever Given, owned by the Japanese firm Shoei Kisen KK, hit the bottom of the canal Tuesday.

Since then, the blockage has heavily disrupted traffic down the canal. The ship reportedly started moving Wednesday, but it remains grounded as of Friday. 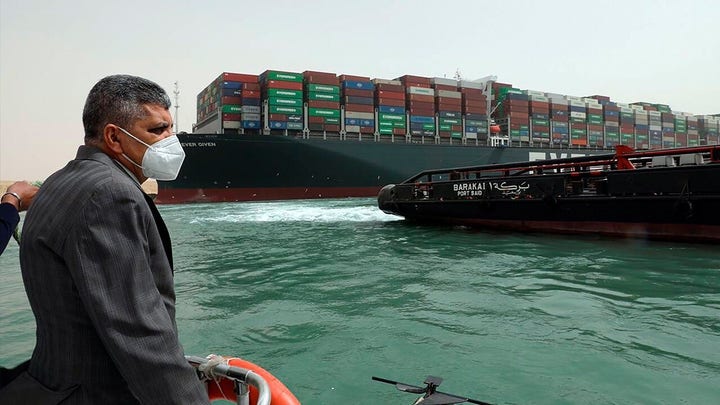 U.S. Navy officials have pledged to send a team of experts, including engineers skilled in dredging operations, to help Egyptian officials dig out the ship.

“We have offered, and stand ready to assist Egypt, and will look to support any specific request we receive,” Cmdr. Jessica L. McNulty, a Pentagon spokeswoman, said in an email to Fox News. “We continue to monitor and assess the situation, but have nothing to provide on any potential specific support at this time.”

At a White House news conference Friday, press secretary Jen Psaki confirmed the U.S. has “offered assistance” to the Egyptians.

“The Egyptians want to do this themselves, we are just here to help them,” a Pentagon official told Fox News. “We are there to advise in any capacity they desire.”

CNN was first to report about the Navy sending a team to Egypt.

The canal accounts for around 10% of all global trade flow. On Friday, the maritime traffic jam grew to more than 200 vessels, with some vessels changing course as dredgers continue trying to free the Ever Given.

“The Suez Canal will not spare any efforts to ensure the restoration of navigation and to serve the movement of global trade,” Lt. Gen. Ossama Rabei, head of the Suez Canal Authority, said. 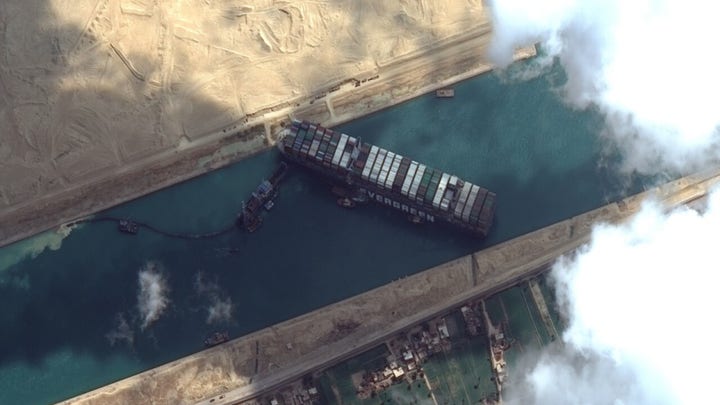 The Ever Given is larger than the Empire State Building, and is grounded around 3.7 miles from the southern entrance to the canal.

Experts say that it could take up to a week in a best-case scenario to free the ship, but it is more likely to last weeks.

Disruptions could cause as much as $10 billion in losses each day, according to some experts.

Coincidentally, the aircraft carrier USS Dwight D. Eisenhower is currently in the Eastern Mediterranean during this latest “Suez Crisis.”