Charles Russell told Atlanta police he entered a restroom in a Publix supermarket and heard clicking sounds coming from a restroom stall. The sounds resembled someone loading a firearm, he said, according to a police report. Russell told an officer that he saw an AR-15 rifle leaning against a wall and rushed out the bathroom and notified store staff members.

An officer said security was called and the store appeared to be evacuated by the time he arrived. The officer said he entered the restroom and detained the suspect, identified as Rico Marley, without incident. 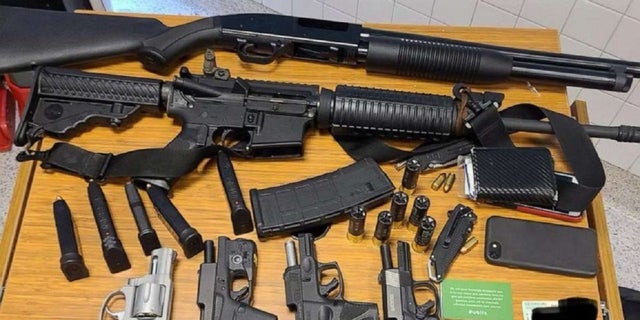 Atlanta police confiscated several weapons found on a man in a grocery store. A man alerted store staff members about someone with weapons in a restroom.
(Atlanta Police Department )

During a search of Marley and his bag, the officer discovered four handguns, a rifle and a shotgun – all loaded, the report said. Marley was wearing body armor, authorities said. Investigators were trying to determine what he was planning to do with the weapons.

He is charged with six counts of possession of a firearm and five counts of criminal attempt to commit a felony. He was undergoing a psychiatric evaluation.

The incident came two days after a mass shooting at a Boulder, Colorado, grocery store that left 10 people dead and days after eight people were killed when a gunman shot up three Atlanta-area massage parlors. 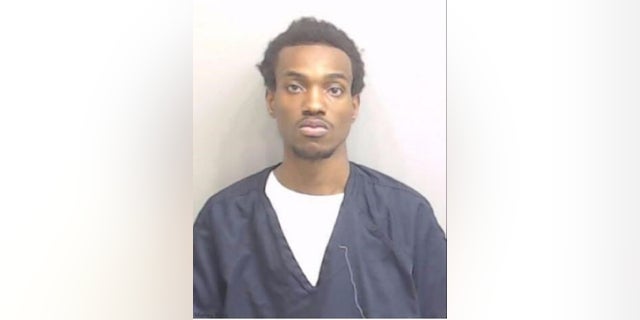 “It possibly could have stopped something,” Russell told the WSB-TV. “I seen an AR-15. (That) kind of startled me with the events that recently happened in the grocery store up in Colorado. To be able to stop it, if it were going to be something, that’s what I cared about.”