The Bangladeshi immigrant who terror that partially exploded in New York City’s busiest subway station in 2017 has been sentenced Thursday to life in prison plus 30 years.

Ullah, 31, apologized before hearing the sentence.

“Your honor, what I did, it was wrong,” he said. “I can tell you from the bottom of my heart, I’m deeply sorry. … I do not support harming innocent people.”

Prosecutors earlier this month had argued that Ullah should spend the rest of his life behind bars for the “premeditated and vicious” Dec. 11, 2017 terror attack committed on behalf of the Islamic State terrorist group.

“He ultimately answered ISIS’s call for its supporters to carry out ‘lone-wolf’ terrorist attacks in the United States,” the memo added, according to the Associated Press. “Ullah’s attack was premeditated and vicious.” 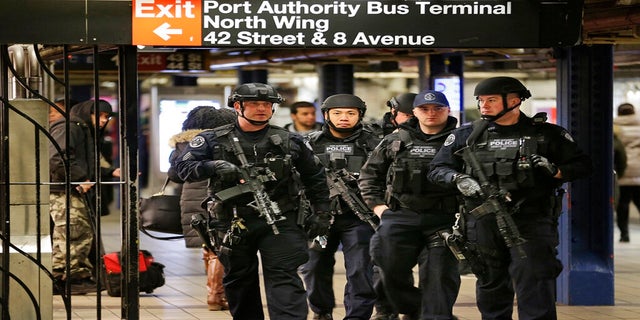 In this Dec. 12, 2017 photo, police officers patrol in the passageway connecting New York City’s Port Authority bus terminal and the Times Square subway station, near the site of the explosion. (AP)

The papers cited evidence that after surviving the bombing, “Ullah proudly declared to law enforcement that he carried out the bombing for ISIS.”

“On the morning of the attack, shortly before detonating his bomb, Ullah posted a statement on Facebook referring to the then-President of the United States, stating: “Trump you failed to protect your nation,” the Manhattan U.S. Attorney’s Office said Thursday. “Ullah also posted an ISIS slogan so that ISIS would know that he had carried out the attack on behalf of ISIS.”

While in jail, he also told a guard, “You started this war, we will finish it. More is coming, you’ll see,” the prosecutors’ papers said.

Lawyers for Ullah had argued in their own papers that a mandatory 35-year prison term is punishment enough because his attack was an aberration from an otherwise peaceful life. 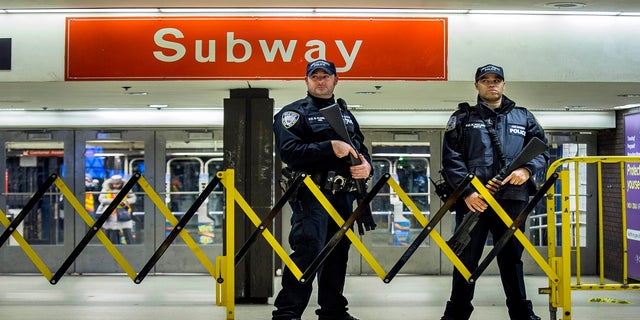 Ullah was arrested after his bomb failed to fully explode, leaving him with serious burns. The blast spread panic but caused only minor injuries to those near him.

“Ironically, Ullah’s actions resulted only in reaffirming the greatness of America by displaying the fairness and impartiality for which our justice system stands,” she added. “Akayed Ullah’s message of hatred clearly backfired; his just sentence of life in prison only exemplifies that cowardly acts of terrorism will be met with law enforcement’s unwavering resolve to protect our core values of freedom and democracy.”

“I commend the FBI agents and NYPD detectives of the JTTF, prosecutors from the United States Attorney for the Southern District of New York, and our other Law Enforcement partners for bringing this individual to Justice,” he said.

Share
Facebook
Twitter
Pinterest
WhatsApp
Previous articleJack Osbourne celebrates 18 years of sobriety: 'It is possible if you are willing to do the work'
Next articleAnn-Margret reflects on ‘Viva Las Vegas,’ visiting troops in Vietnam: ‘Being with them has been in my heart’
Fox Newshttp://iktodaypk.com