“If it wasn’t political, he probably wouldn’t have had all the restrictions in place in the first place,” he told FOX Business’ Stuart Varney on “Varney & Co.”

Carolla believes his state is “horribly run” and condemned wasteful spending. He said as he was driving to work, he listened to a report on unemployment fraud while it rained and sprinklers ran.

“We water in a drought state while it rains outside and then give $31 billion away to felons,” he said. “Probably not the greatest run state.” 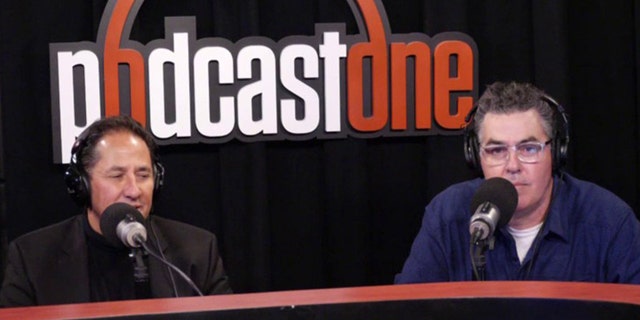 The 12-year podcast veteran was also joined by LiveXLive Chairman and CEO Robert Ellin to discuss their new business venture.

“The vodcast is the next step, the next topics of podcasting,” Carolla said.

Ellin said after LiveXLive acquired PodcastOne this past summer, they immediately launched a “vodcast” network branded as VodcastOne, adding a video component to the traditionally audio-only medium.

The two have seen success so far with more than a million people watching the new live-streamed events.

According to Ellin, podcasting could generate between $5 billion and $10 billion within the next five to seven years.