NASCAR is heading back into the virtual world.

The sanctioning body has announced that it will hold a second season of the eNASCAR iRacing Pro Invitational Series in 2021, which will pit real-world Cup, Xfinity and Truck Series drivers against professional esports competitors in simulation races that will be broadcast on FS1 and NBC Sports. 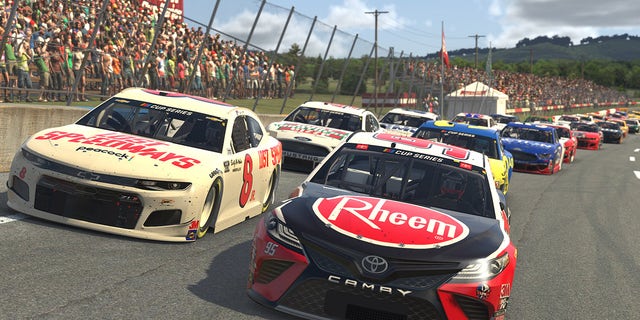 “The success of our eNASCAR iRacing Pro Invitational Series was underscored by an industry-wide effort to entertain fans during the early months of the global pandemic,” NASCAR chief digital officer Tim Clark said in a press release. “This year the Pro Invitational will return with a schedule of midweek races that will bridge the gap between our real-world races each weekend.”

NASCAR claimed a ratings record for a televised eSports event with 1.3 million viewers during the broadcast of a race on the virtual version of Texas Motors Speedway on Sunday, March 29.

The first five races of the 2021 season will be on FS1 starting March 24 on a digital version of Bristol Motor Speedway’s new dirt track configuration. That race will be followed by Talladega on April 21, Darlington on May 5, Circuit of the Americas on May 19 and a track yet to be determined on June 2. The NBC Sports schedule for the final five races has not been announced.