Major ketchup company denies reports of a shortage for the condiment

After reports surfaced that a ketchup shortage may be looming, one of the country’s largest manufactures of the condiment issued a press release to set the record straight. According to the statement, while demand for certain types of ketchup packets has increased, manufacturers should be able to meet the demand. 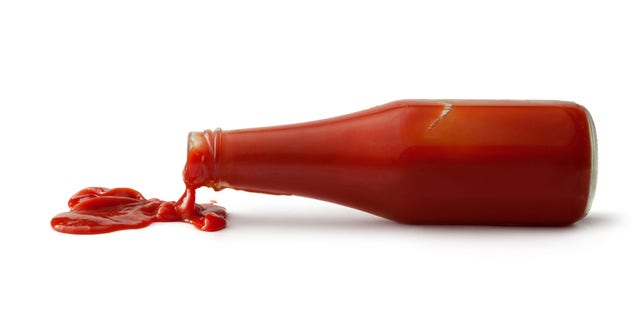 Red Gold says it was prepared for the surge in demand for ketchup packets and was able to double its production capacity in May 2020.
(iStock)

Red Gold is the second-largest manufacturer of tomato products in the United States, according to a statement from the company. According to the press release, the company was prepared for the surge in demand for ketchup packets and was able to double its production capacity in May 2020.

Due to the pandemic, restaurants have had to focus mainly on to-go orders. Even when dining rooms could be open, restaurants typically had to remove reusable items from tables (such as ketchup bottles) in order to prevent the spread of infection.

This created an increase in the demand for single-use ketchup packets and some suppliers reportedly struggled to maintain their inventory.

While Red Gold acknowledges that demand is still higher than typical, the company says there is “no shortage” of ketchup. The press release does acknowledge, however, that the production of ketchup packets is “temporarily strained.”

Fox News previously reported that America’s most widely used ketchup brand, Heinz, which holds the majority of market share in the U.S., told news outlets it plans to increase its production by around 25%, at over 12 billion packets per year. The brand said it couldn’t keep up with orders for its ketchup packets. To combat this, restaurants have reportedly scrambled to find alternatives for the tomato sauce spread. Chains like Texas Roadhouse and Long John Silvers reportedly were in short supply with some employees having to run to big box stores to buy other brands.

With more people cooking at home during the pandemic, retail sales of ketchup were up 15% in 2020, as compared with 2019, according to data from market research firm Euromonitor.