Senate confirms Vanita Gupta for No. 3 spot at Justice Department in narrow vote

The Senate narrowly approved the nomination of Vanita Gupta as associate attorney general on Wednesday, despite widespread GOP concern that she was unfit for the No. 3 spot at the Justice Department.

The vote was 51 to 49. Alaska GOP Sen. Lisa Murkowski was the only Republican to join with all Democrats to support Gupta’s confirmation.

Sen. Chuck Schumer, D-N.Y., cheered Gupta’s confirmation as “very good news for the forces of equality and justice in the country.”

“To have someone with such a background in civil rights at this time in American history is so important and so vital to the country,” Schumer said immediately following the vote. “And I’m so glad that the Senate has now approved her and she can do her vital job, including dealing with the systemic bias we’ve seen in policing and in law enforcement throughout the country.”

Gupta was one of joe-biden”>President Biden< that includes defunding police departments, ending qualified immunity for police and her past support for decriminalizing small amounts of drugs.

Sen. John Cornyn, R-Texas, accused Gupta on Wednesday of lying to the Senate about her past positions and her “radical record.”

“Sadly, I believe Ms. Gupta will be a clear and present danger to the American people if she’s given the muscle and might of the Department of Justice, as well as the entire federal government of the United States of America,” Cornyn said in a lengthy floor speech speaking out against Gupta’s nomination. 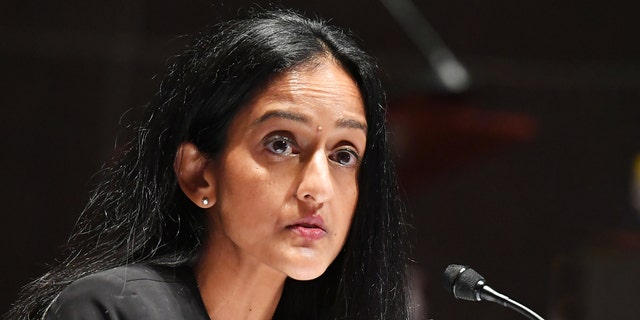 During her confirmation hearing, Gupta said she regrets “the harsh rhetoric that I have used at times in the last several years,” and apologized “for the kind of coarse language I have used in the past.”

As far as her stance on law enforcement, she denied supporting the defund movement.

That position is in contrast with testimony that Gupta provided to the committee in 2020 following the deaths of George Floyd, Breonna Taylor and Rayshard Brooks, which took place during police encounters. Floyd’s death in particular sparked nationwide protests and calls for police reform, marked by the left-wing movement to defund ‒ and in some cases abolish ‒ police departments.

“While front-end systems changes are important, it is also critical for state and local leaders to heed calls from Black Lives Matter and Movement for Black Lives activists to decrease police budgets and the scope, role, and responsibility of police in our lives,” Gupta wrote.

Gupta claimed this was said as a representative of her organization, the Leadership Conference on Civil and Human Rights.

Senate Judiciary Committee Chairman Dick Durbin, D-Ill., was a vocal supporter of Gupta. During a committee meeting, he noted the widespread support she had received from law enforcement officials and associations, such as the National Fraternal Order of Police.

Durbin dismissed the criticism from Republicans as “baseless smears” while touting what he said was Gupta’s “commitment to building consensus and bridging partisan and ideological gaps.”

“Virtually every major law enforcement group supports Vanita Gupta,” Durbin said Wednesday. “You wouldn’t know that would you when you hear on the floor that she wants to legalize all drugs and take money away from the police. Those simplistic statements belie the truth.”