Until Tuesday, the show hadn’t been on air since 2018, and while there could be a multitude of reasons behind the hiatus, one could be celebrity-breakups” target=”_blank”>the split of the former couple<.

The split may have come as a surprise to fans, considering their wedding planning was chronicled in the “Storage Wars” spin-off “Brandi & Jarrod: Married to the Job” back in 2014 — though they never tied the knot.

The reason for the split is murky, but Passante, 40, has indicated that it isn’t so friendly by sharing a promotional poster of the show featuring her ex and placing a demon emoji over his face.

The star has also dropped breadcrumbs regarding the end of her relationship with Schulz, 43.

In her interview on The Dad Diary, Passante said she was parenting her and Schulz’s two children on her own.

“I did a lot of it on my own anyway, but it’s the scary dad voice in the background that we’re missing,” she said at the time, later adding: “I have them all the time, 24/7 they’re here with me, so I have to navigate that.” 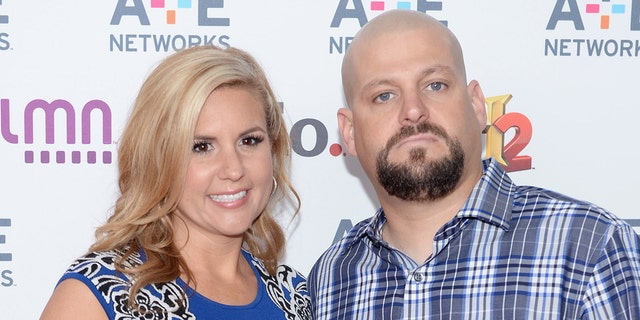 Brandi Passante and Jarrod Schulz of ‘Storage Wars’ broke up in 2018. (Photo by Andrew H. Walker/Getty Images for A+E Networks)

The new season of “Storage Wars” on Tuesday also confirmed their split and showed the two running into one another at storage locker auctions — meetings that she has called “not comfortable,” per the outlet.

“I’m not with Jarrod anymore,” Passante said on the Season 13 premiere episode, according to People magazine.

Schulz also explained, “Just because me and Brandi aren’t together anymore, doesn’t mean we can’t go to an auction — but separately.”

In February, Passante again addressed her split from Schulz in an interview on the Spirit Talk YouTube show, where she also revealed that she’s not seeing anyone seriously — though Schulz’s social media indicates that he has a new partner.

“I wasn’t really allowed to have an identity for many, many years. And so these last couple of years I’m kind of coming into my own and figuring out who I am,” she said. “I just don’t have an attachment to anyone.”

Outside of Tuesday’s episode, Schulz has remained tight-lipped on the breakup.