A West us-regions school district on Monday unanimously voted for a change in the student dress code policy that eliminates gender-specific language after a high schooler complained his suspension for painting his nails was a “double standard.”

The Clyde Consolidated Independent School District’s board of trustees approved the changes for the 2021-22 school year, the Abilene Reporter-News reported.

The change to the school’s dress code evidently came about thanks to the efforts of Trevor Wilkinson, a “beyond proud” gay senior at Clyde High School in Clyde, Texas.

Wilkinson, 17, received an in-school suspension late last year for having painted his nails – a violation of the school’s dress code.

“imagine your school not allowing boys to paint their nails and giving boys [in-school suspension] for it,” Wilkinson tweeted Nov. 30, 2020. “and the whole administration being okay with it, homophobic and sexist? welcome to west texas.”

Shortly after, Wilkinson started an online petition – “Allow males to wear nail polish” – in which he called out the school for not allowing him to express himself.

“It’s a complete double standard because girls are allowed to paint and get their nails done,” Wilkinson wrote, recounting his in-school suspension. “Not only that, but freedom of expression is validation enough that the dress code and policy is not okay.”

He added: “I am a gay male and I’m beyond proud. This is unjust and not okay. Help me show that it is okay to express yourself and that the identity that society wants to normalize is not okay.”

The petition has garnered hundreds of thousands of signatures.

On Monday, the Clyde Independent School District school board voted to update the district’s dress code policy to use the word “students” instead of “boys” and “girls.” 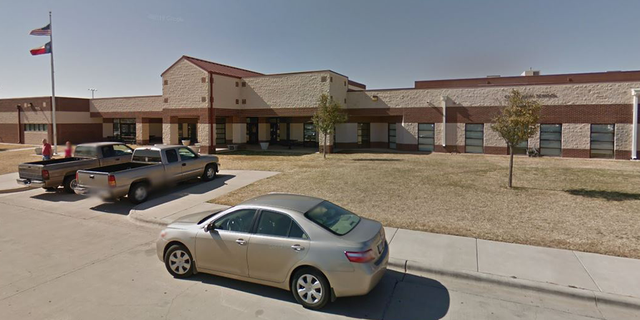 The language is vague, but makes clear that students are expected “to come to school in clothes are clean and neat” and “will not be a health or safety threat to themselves or to other students or staff.”

The policy noted that it is impossible to list all of the acceptable and unacceptable types of dress and grooming, and allowed for the school principal to use their own discretion in deciding what’s appropriate.

“It is with great honor that I am pleased to announce that Clyde High School’s dress code is officially gender-neutral forever,” Wilkinson told the local outlet KTXS-TV. “I’m at a loss of words for the joy I am feeling on this special day. I am so blessed by the support, love, and help I have received through this experience.”