Vin Diesel's neighbors upset over private security being too aggressive: 'No one is a threat to you'

celebrity-news” target=”_blank”>Vin Diesel’s<” actor is currently renting a home in a gated community in the Dominican Republic. To keep himself and his family safe, the 53-year-old action star reportedly has 12 local personal security guards in his employ. However, according to a note from a neighbor, the actor’s team is posing a bit of a disruption to the otherwise peaceful neighborhood.

TMZ obtained a note allegedly written to Diesel by his next-door neighbor calling on the actor to do something about the heavy-handed way in which his guards interact with the residents of the neighborhood. The outlet reports that the last straw for the disgruntled neighbor came on Easter when the security reportedly blocked traffic to pedestrians so that the actor and his kids could ride bikes.

“For a few weeks I have personally witnessed and heard from fellow homeowners the unprecedented and abusive display of your security people around our homes and beach,” the letter reads. “Interrogating us, blocking our street with five or six SUV’s. Stopping residents while walking when you ride your bicycle.”

The writer goes on to let the star know that in more than 10 years, the homeowners in the area have never “endured and suffered such absurd comportment by anyone renting a home in our very small, private and very secure community.” 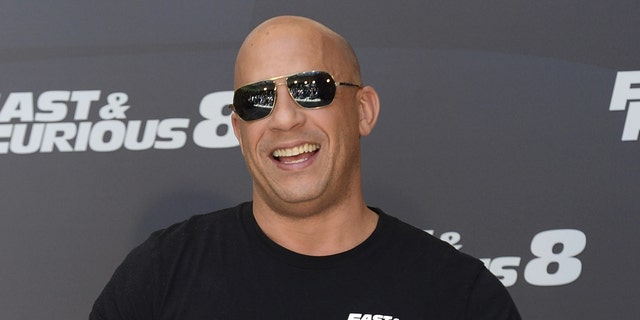 Vin Diesel is having some problems with his neighbors in the Dominican Republic.
(Fotonoticias/WireImage)

“You should know that you are visiting a community where no one is a threat to you, or to anyone else that visits us. The Dominican Republic Senor Vin Diesel, is a wonderful country and we live in a friendly and peaceful community,” the letter continues.

‘BLOODSHOT’ STAR VIN DIESEL TALKS FILM’S POTENTIAL AMID CORONAVIRUS OUTBREAK: ‘HOW CAN YOU NOT’ WORRY?

The writer explains that he is not the first celebrity to take up residence in the area, merely the first to cause such a nuisance. They also note that Diesel would not be allowed to take such drastic security measures and liberties with the rights of pedestrians if he were in an American city like Los Angeles.

“We hope that you and your family will continue enjoying the rest of your stay,” they write. “Believe me, we value our privacy as well you do, but do not go to the unnecessary and exaggerated actions attributed to you.”

Representatives for Diesel did not immediately respond to Fox News’ request for comment.

However, a source close to the actor told TMZ that this is the first such incident he’s had with a neighbor in 20 years of visiting the country.

The source acknowledged the added security on Easter but explained that Diesel’s entire family was with him as they biked around handing out Easter baskets to workers in the community.

The star posted a black-and-white photo of the bike ride on Instagram to celebrate the holiday with his followers.