general are cruising away from the United States.

Due to regulations put in place by the CDC, cruise operations in the U.S. remain uncertain for the near future. As other parts of the world start to reopen, however, it seems like cruise companies are adjusting their schedules.

Virgin Voyages announced that it will offer a limited number of cruises from Portsmouth, England, this summer. In a press release obtained by Fox News, the company confirmed six sailings are confirmed for August.

Richard Branson, founder of Virgin Group, said, “Virgin Voyages has been looking forward to sailing, and we’re so excited to announce our plans to sail from the UK. Our team has curated such a fantastic experience for our sailors and know this is a holiday they will love.” 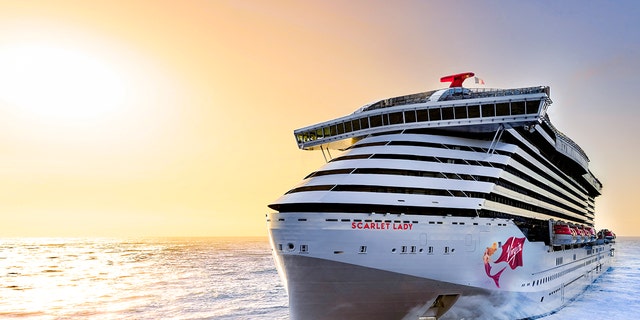 Virgin Voyages announced that it will offer a limited number of cruises from Portsmouth, England, this summer.
(Virgin Voyages)

“After more than a year of waiting and a major emphasis on a safe return, we’re ecstatic to announce these new sailings and bring Sailors onboard to experience what it’s like to set sail the Virgin Way,” said Tom McAlpin, CEO and President of Virgin Voyages. “We look at our UK summer voyages as a homecoming to pay homage to our British roots, and what an excellent way to kick-off our sailing season before heading back to Port Miami

According to the press release, Virgin Voyages plans to return to Miami once sailing operations in the United States are less “uncertain.”

Fox News previously reported that Carnival Cruise Line may move its ships outside of its US homeports in order to resume operations.

The CDC in October lifted its “no-sail” order following months of uncertainty for cruise companies, however, cruise lines may not leave U.S. ports without meeting guidance set by the Framework for Conditional Sailing Order, set to be effective until at least Nov. 1. Under the order, operators must conduct mock voyages showing how it would safely resume operations to prevent the spread of COVID-19 among passengers, among other stipulations.

The Cruise Lines International Association, a trade group representing several major cruise brands in the industry, urged the CDC to lift the Framework for Conditional Sailing Order last month, arguing that the industry should be able to start operating from U.S. ports again in July.