The 58-year-old actor took to Twitter late Friday to give fans an update on his health and thank them for their support.

“I am doing great. I’ve had my very own “It’s a Wonderful Life” week of people insisting I make the world slightly better,” Odenkirk tweeted to his nearly 800,000 followers.

“Wow! Thank you, I love everyone right now but let’s keep expectations reasonable!” he added.

‘BETTER CALL SAUL’ STAR BOB ODENKIRK SPEAKS OUT AFTER COLLAPSING ON SET: ‘I HAD A SMALL HEART ATTACK’

In late July, the actor collapsed on the set of “Better Call Saul” in Culver City, California. Days later, he took  to social media to address the reports and thanked fans and loved ones for their well wishes.

“To my family and friends who have surrounded me this week. And for the outpouring of love from everyone who expressed concern and care for me. It’s overwhelming. But I feel the love and it means so much,” he tweeted.

“I had a small heart attack. But I’m going to be ok thanks to Rosa Estrada and the doctors who knew how to fix the blockage without surgery,” he continued in a subsequent message to fans. “Also, AMC and SONYs support and help throughout this has been next-level.  I’m going to take a beat to recover but I’ll be back soon.” 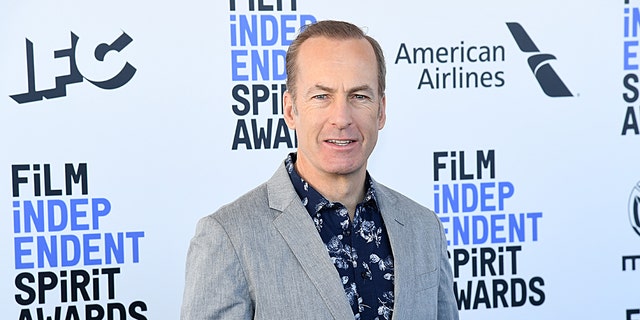 Fox News confirmed on Tuesday that the former ‘Saturday Night Live’ writer and Emmy-winner was rushed to a hospital after he collapsed while filming the sixth and final season of the ‘Breaking Bad’ spinoff. (Jeff Kravitz/FilmMagic)

The former “Saturday Night Live” writer and Emmy winner was filming the sixth and final season of the “Breaking Bad” spinoff.

Crew members called an ambulance that took the actor to a hospital, where he stayed overnight, a person close to Odenkirk who was not authorized to speak publicly on the matter told The Associated Press.

Odenkirk has been nominated for four Emmys for playing the title character, a down-on-his-luck lawyer named Jimmy McGill, who becomes increasingly corrupt and adopts the pseudonym Saul Goodman.

Fox News’ Julius Young and The Associated Press contributed to this report.