Border crisis: Wolf says 'a lot' of the problems has to do with politics

Chad Wolf, the former acting secretary of the executive in the Trump administration, told Fox News Sunday night that it seems that the Biden administration has dropped the ball at the border because his team does not take law enforcement there seriously.

The U.S. has seen a record number of unaccompanied children attempting to cross the border in March, and the largest number of Border Patrol encounters overall with migrants on the southern border—just below 170,000—since March 2001. President Biden, for the first time this weekend, described the situation at the border as a “crisis.”

GOP lawmakers say Biden administration’s decision to reverse Trump-era immigration policies prompted the latest surge in migrants. The White House has argued that Biden inherited a chaotic situation and is working to stabilize the border.

Wolf said there are measures that DHS can employ to get the crisis at the border under control, but the administration must take a new approach.

“A lot of it has to do with politics, unfortunately,” Wolf said.

He said the Trump administration worked both domestically and internationally– with Northern Triangle countries– to keep the border safe during the beginning of the COVID-19 outbreak. But he said the achievements have been “unwound” to such a degree that the administration is “basically breaking the system.”

The White House did not immediately respond to an after-hours email from Fox News seeking comment. 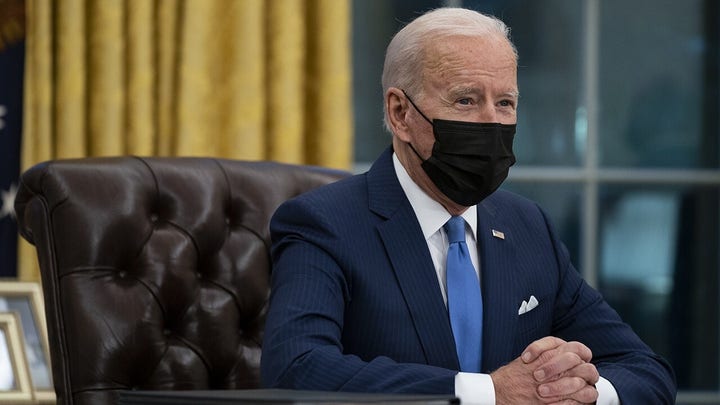 Wolf also commented on the lawsuits leveled against the Biden administration from states like Texas and Missouri that say the scrapping of the Migrant Protection Protocols—which kept migrants in Mexico while their immigration hearing played out– allows “dangerous criminals” to take advantage of the “lapse in law enforcement.”

Wolf called the suits “critical and important.” He said the Biden administration has essentially handcuffed ICE officers from removing dangerous individuals from the country.

“I’m very hopeful that those lawsuits will go forward and we’ll see a change in policy at the end of the day,” Wolf said.