Cholula debuts hands-free hot sauce dispensers for restaurants, people who might need such a thing

The folks at the CDC aren’t the only ones looking out for your health and well-being this holiday season: Cholula is also striving to innovate new solutions for “contactless holiday meals,” albeit only the ones that require a specific brand of slightly viscous hot sauce.

Cholula, apparently very concerned with how we’ll be saucing our foods in a clean, responsible manner amid the pandemic, has developed what they claim to be “the world’s first hands-free hot sauce dispenser.”

The item, which was developed in partnership with SimpleHuman, was allegedly envisioned for use at restaurants, as a “safe and sanitary” alternative to bottles that dine-in customers would find at a saucing station, or on tables, to share between themselves. Users merely need to wave their hand over the nozzle to activate the dispensing mechanism, and subsequently enjoy the “best saucing experience,” according to Cholula. 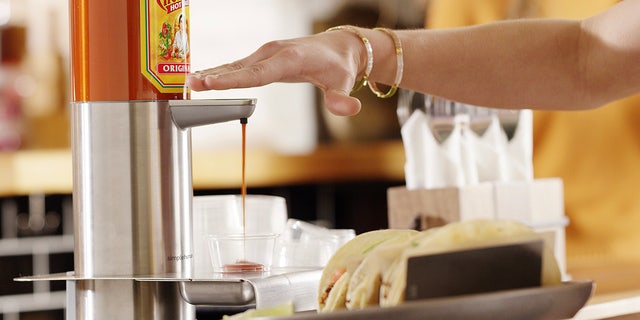 Ahead of the holidays, Cholula is also planning to offer a limited quantity of the touch-free dispensers to the public, via Cholula’s website, with all proceeds going to the Independent Restaurant Coalition, a nonprofit organization formed to help small restaurants obtain the funding to keep operating during the ongoing pandemic.

Dispensers go on sale Dec. 1, and will be priced at $130 each. Included with each purchase is a half-gallon of Cholula Original.

“The Cholula x SimpleHuman Touch-Free Dispenser dispenses Cholula Original Hot Sauce with the wave of a hand… so friends and family can keep Cho’ hands to themselves!” the company writes. “Simply place any sized ramekin or your favorite food beneath the nozzle to receive the perfect balance of heat,”

Cholula adds, despite knowing darn well that half of its customers will likely put their faces under the dispenser within 10 seconds of setting it up if given the opportunity. 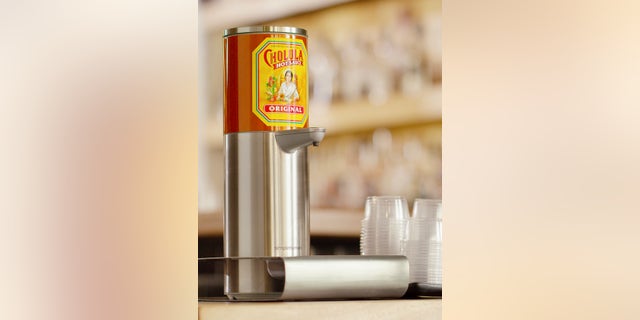 They left just enough room for a face!
(Cholula)

A representative for Cholula did not disclose how many dispensers would be allotted for sale to the general public on Dec. 1, though he did confirm that Cholula is indeed marketing this product directly to restaurant operators, but would not disclose which ones.

In the meantime, germ-wary Cholula fans itching to get their hands on a “safe and sanitary” dispenser will simply have to take extra precautions when sharing any communal bottles. Or, you know, maybe use a glove, or like, pick it up with a napkin before handling it.