An intercontinental ballistic missile (topics) was shot down in space from a warship for the first time during a successful demonstration on Tuesday, according to the Missile Defense Agency (MDA).

It was destroyed by an advanced SM-3 Block IIA ballistic missile defense interceptor made by Raytheon Missiles & Defense and co-developed with Japan’s Mitsubishi Heavy Industries, a statement said. 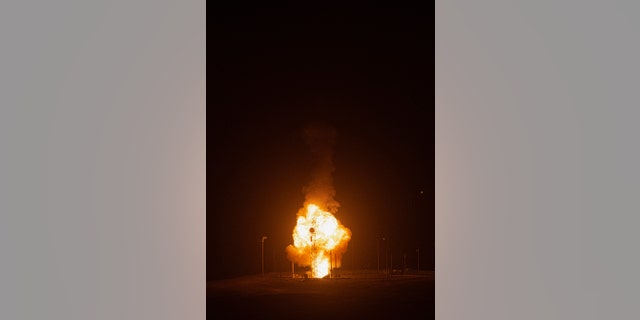 “This was an incredible accomplishment and critical milestone for the Aegis BMD SM-3 Block IIA program,” said MDA Director Vice Admiral Jon Hill. We have demonstrated that an Aegis BMD-equipped vessel equipped with the SM-3 Block IIA missile can defeat an ICBM-class target, which is a step in the process of determining its feasibility as part of an architecture for layered defense of the homeland.”

Bryan Rosselli, vice president of Strategic Missile Defense at Raytheon Missiles & Defense, said the test was a “first-of-its-kind” and shows that the U.S. “has a viable option for a new layer of defense against long-range threats.”

Previous tests to shoot down ICBMs were conducted using ground-based interceptors launched from bases in Alaska and California.

“My congratulations to the entire test team, including our military and industry partners, who helped us to achieve this milestone,” Hill added.

Tom Karako, a missile defense expert and senior fellow at the Center for Strategic and International Studies (CSIS), hailed the operation as a “milestone for homeland defense.”

“The operational flexibility implied by today’s success creates a bridge toward a future, next generation homeland defense capability,” he told Fox News in an email Tuesday. “It also signals hope for better realigning our regional missile defense efforts to the renewed strategic competition with the likes of China, such as with Aegis Ashore in Guam. It now falls to the next administration to make those big bets, and take those next steps.”

The U.S. military has been racing to build up its missile defense interceptor forces on land and sea as the threat from North Korea, China, and Russia’s nuclear forces continue to grow.

North Korea unveiled its largest intercontinental ballistic missile to date during its massive military parade on Oct. 10, the 75th anniversary of its Workers Party.