Formula One star Lando Norris was mugged outside Wembley Stadium in London after the Euro 2020 soccer final on Sunday, according to his team. 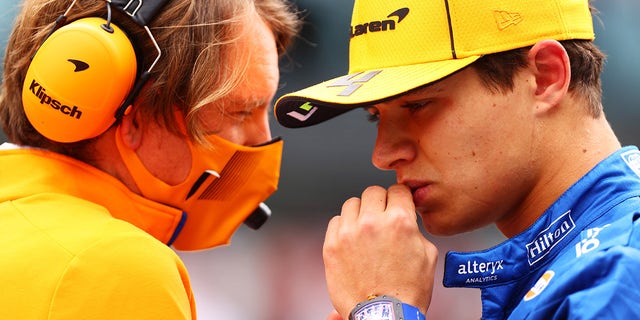 McLaren attributes confirmed the incident and said that the watch he was wearing was stolen.

“Thankfully, Lando was unharmed but he is understandably shaken. The team is supporting Lando and we are sure that racing fans will join us in wishing him all the best for the British Grand Prix this weekend,” the team said.

The 21-year-old British driver hasn’t commented on the attack, but posted congratulations to Italy and England on Twitter after the game.

“Congrats on the win Italy. You did us proud @England”

At least 53 people were arrested for illegal activity near the stadium after the game, according to Reuters.

The watch was custom made by team sponsor Richard Mille and valued at approximately $55,528.00.

Norris has three third place finishes this year and is currently fourth in the Formula One standings.