Plymouth sailed into the sunset in 2001, but the discontinued automotive brand remains firmly etched in American history.

Launched by Chrysler in 1928 as a budget offering to compete with Ford and Chevrolet, Plymouth left behind many iconic models.

The Fury, Barracuda and Superbird are among its more exciting models, but the Voyager remains the most significant.

Along with the Dodge Caravan, it helped create the minivan segment and contributed to Chrysler’s survival as a company at the time. 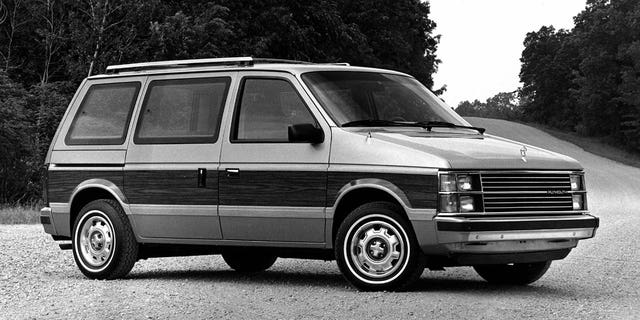 The 1984 Plymouth Voyager was one of the brand’s all-time best-sellers.
(Stellantis)

It was even resurrected in 2020 on an entry-level version of the Chrysler Pacifica, but retired again a year later.

Nevertheless, it is appropriate that one of Plymouth’s most famous models would be the Voyager, as the brand itself honored the Pilgrims that traveled across the Atlantic and helped settle America. Well, sort of.

“Product of Chrysler engineering and craftsmanship, Plymouth has been so named because its endurance and strength, ruggedness and freedom from limitations so accurately typify that Pilgrim band who were the first American Colonists,” was how the name was first explained, according to enthusiast website AllPar.com. 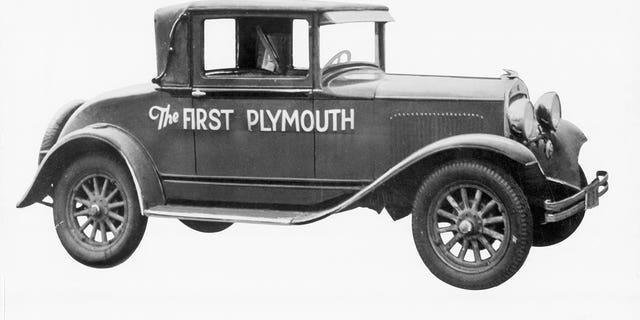 But while Plymouth’s logos have featured images of sailing ships based on the Pilgrim’s Mayflower, the name’s origin isn’t quite that simple.

The original Plymouth logo featured an image of the Mayflower.
(Mark Ralston/AFP via Getty Images)

According to Chrysler’s official history, the company’s vice president of sales, Joe Frazer, hitched the company’s prospects to another famous brand.

Frazer suggested the name Plymouth because the farmers they were trying to reach with the low-priced models were familiar with the products of the Plymouth Cordage Co. of Plymouth, Massachusetts, which was the world’s largest producer of rope and twine, with much of it used in the agriculture industry. 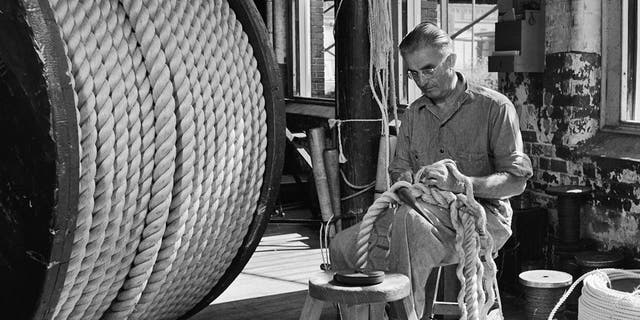 Whether it was the name or the prices, Plymouth kept Chrysler afloat during the Great Depression, and became the third best-selling brand in the U.S. in 1931.

Success ebbed and flowed over the years with high points during the stylish 1950s, the late 1960s muscle car era and the 1980s age of the minivan.

The final Plymouth logo was a modernized take on the Mayflower design.
(Mecum Auctions)

Its use of the Mayflower imagery also came and went, but it was there at the end with a modernized version of a sailing ship in the company’s final roundel. 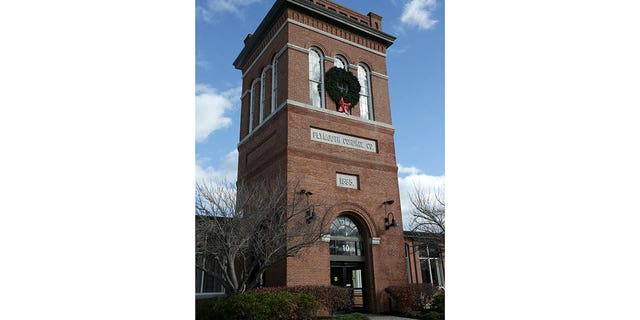 A portion of the Plymouth Cordage Co. factory remains as part of an office and retail complex.
(Jonathan Wiggs/The Boston Globe via Getty Images)

As for the fate of the Plymouth Cordage Co., it went out of business in 1964 after 140 years and its assets were purchased by the Columbian Rope company, its name coincidentally tied to the man whose explorations opened the door to the Pilgrims’ journey to the New World.