Ohio’s most colorful son, Guy Fieri, is sending a little love from Flavortown to Lordstown.

The celebrity chef on Tuesday quote-tweeted a post from Ohio-basewd electric truck startup Lordstown Motors about its first pre-production beta build trucks to come off of its assembly line.

“Congrats on the Betas and good luck in Baja,” Fieri wrote.

Fieri was referring to Lordstown’s upcoming entry in the San Felipe 250 off-road race, where it hopes its Endurance pickup will become the first to complete the grueling event. 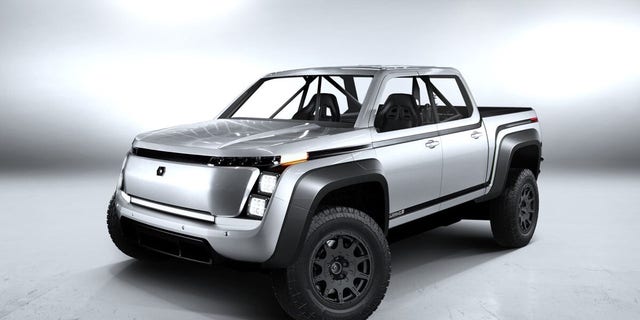 It’s not clear why Fieri, who was born in Columbus, gave Lordstown the shout-out, and neither his representatives nor the automaker’s have responded to requests for comment from Fox News Autos.

Lordstown is aiming to become the first mass-market automaker to offer an all-electric full-size pickup in the U.S., with production slated to begin in September.

Meanwhile, Fieri recently announced a nationwide chain of all-delivery Flavortown Kitchen restaurants that includes 16 locations in Ohio, with the closest about an hour away from Lordstown.

Although his family moved to California when he was baby, a recent Change.org petition held in the wake of anti-Christopher Columbus sentiment has received over 130,000 votes so far in favor of changing the name of Columbus to “Flavortown”.