make had previously referred to it as Active Driver Assist when its availability was announced for the 2021 Mustang Mach-E and F-150.

The feature is similar to General Motors’ Super Cruise, which was launched in 2017, and uses a camera, radar, maps and GPS to allow a vehicle to control its speed and steer itself perfectly within the center of a lane on certain roads.

Both systems use facial recognition technology to determine that the driver is keeping their eyes on the road, rather than requiring them to touch the steering wheel like Tesla’s Autopilot and partially automated features from other automakers. 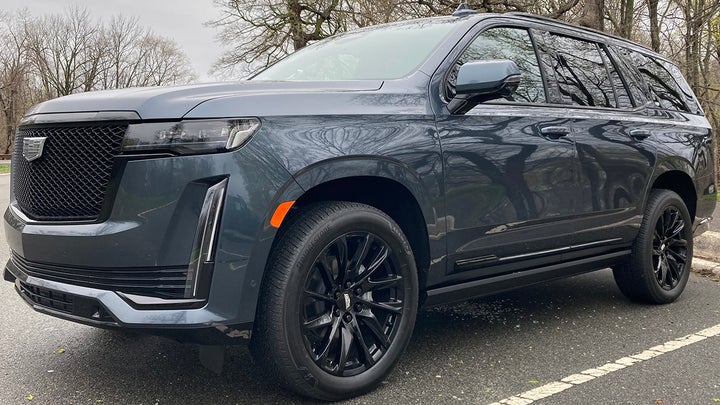 Ford has certified over 100,000 miles of North American highways for its use, while Super Cruise can currently operate on over 200,000 miles and is also capable of checking for traffic and changing lanes when the driver hits the turn signal.

Like Super Cruise, BlueCruise is updatable through over-the-air software downloads. Ford plans to add lane-changing and other functions as the software for them is developed and also expand the map database. 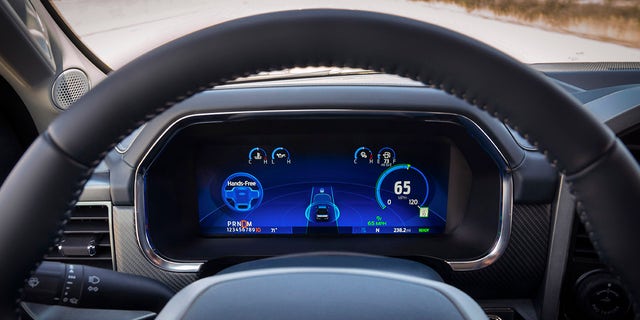 BlueCruise uses on-screen graphics to communicate with the driver that it is ready to operate.
(Ford)

In its BlueCruise announcement, Ford took a swipe at GM’s use of red and green lighting and graphics to communicate the operational status of Super Cruise to the driver, suggesting that this poses an issue for people with color blindness, while BlueCruise primarily relies on text and graphics displayed on the digital instrument cluster.

In response, a GM spokesperson pointed out to Fox News Autos that, along with the changing colors, the system also interacts through flashing lights, audible prompts, on-screen graphics and haptic feedback via seat vibrations.

BlueCruise pricing as a standalone option ranges from $1,595 in the F-150 to $3,200 in the Mach-E, which includes a required $600 three-year subscription to the connected service, while the hardware is included in the list price of several upscale trims and is ready for use with a subscription plan.

Ford said the feature will be activated sometime in the second half of this year and that it expects to have 100,000 vehicles with it on the road by the end of 2022.

Along with GM and Ford, Jeep and make have also announced they are launching similar hands-free driving aids in the coming months.

This is a developing story. Check back for updates