EXCLUSIVE: Sen. Rand Paul and a group of Republican senators are demanding Attorney General Merrick Garland and officials from the Small Business Administration (SBA) open investigations into what they call the “unlawful participation” of Planned Parenthood affiliates in the Paycheck Protection Program (PPP), Fox News has learned.

Fox News exclusively obtained letters that Paul, R-Ky., the top Republican on the Senate Small Business Committee, sent to Garland, SBA Inspector General Mike Ware and SBA Administrator Isabel Guzman, calling for their “immediate attention” to the matter, claiming that the Planned Parenthood Federation of America (PPFA) applied for PPP loans with “full knowledge of their ineligibility” to receive the funds.

Republicans, citing the CARES Act passed last year, said PPP eligibility is limited to entities with 500 or fewer employees. The senators also cited prior SBA regulations, saying the administration establishes that a size of an entity is considered “with each of its affiliates in the determination of eligibility.”

“To obtain a PPP loan, an applicant must certify that they are eligible to receive a loan under the rules in effect at the time the application is submitted,” the Republican senators wrote. “In making such certification, an applicant is required to apply the affiliation rules applicable to the PPP and identify its affiliates.”

The Republican senators went on to cite SBA data from May 2020, saying the Small Business Administration “notified a number of PPFA affiliates that they had wrongfully applied for 38 PPP loans totaling more than $80 million dollars.”

The SBA, at the time, according to Republicans, determined that the local affiliates of PPFA were “ineligible for PPP loans under the applicable affiliation rules and size standards and that the loans they received should be returned.” 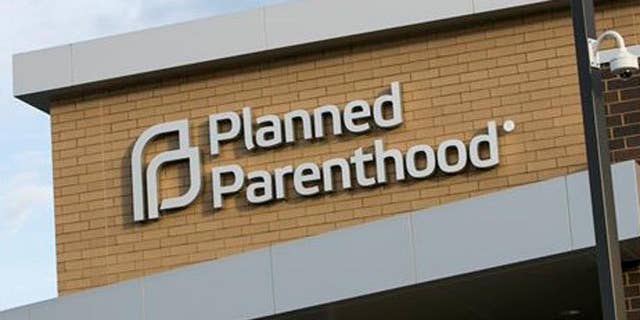 At the time, the SBA cited the “control the PPFA exercised over its local affiliates” in areas like medical standards, affiliate patient transfer and “an accreditation review process administered every three years as evidence of an affiliated organizational structure.”

PPFA has nearly 16,000 employees nationwide, and because of its size, Republicans wrote that the SBA last year determined that the affiliates were “ineligible for PPP” and requested that each affiliate “return the $80 million” in PPP funds they “wrongfully received.”

But last month, according to the Republican senators, the SBA provided the Senate Small Business Committee with an updated dataset on PPP loans as of March 14, which revealed not only that most of the PPFA affiliates “have not returned their PPP funds as requested by the SBA” but also that two additional affiliates applied for and had been approved for a second draw loan “with full knowledge of their ineligibility.”

The Republicans also claimed that at least one additional PPFA affiliate has been approved for a loan since March 15.

“Borrowers who make incorrect or false eligibility certifications on their PPP application are subject to severe penalties,” they wrote. “For this reason, we respectfully request that you direct the Department to investigate whether any PPFA affiliates made a knowingly false certification on their applications for PPP loans and pursue all appropriate penalties for any unlawful participation in the program.”

The senators called for a full DOJ investigation into the matter as well as an audit from the SBA inspector general.

“It’s disappointing that while Planned Parenthood health centers across the country continue to provide essential health care in their communities throughout the COVID-19 pandemic, Congressional Republicans continue to focus on baseless political attacks,” Ayers said in a statement to Fox News. “Like many other local nonprofits and health care providers, the independent Planned Parenthood 501(c)(3) organizations who were awarded PPP loans met the eligibility requirements established by both Congress and the Small Business Administration.”

According to PPFA, the entities who applied for PPP loans were eligible to receive them under the rules of the CARES Act — specifically the affiliation rule. PPFA also told Fox News that the Planned Parenthood affiliates are “independent 501(c)(3) organizations” and are “not controlled” by PPFA.

PPFA also argued that “nothing” in the CARES Act or guidance from the SBA “bars such an entity from receiving funding” and said the organization’s “federated structure” is “not dissimilar to many other organizations who received loans.”

PPFA also told Fox News that SBA wrote to “many” PPFA affiliates last spring with a “preliminary conclusion” on their PPP loans, which the PPFA affiliates responded to by challenging their determination.

“It’s time for everyone to come together to address this pandemic, not for uninformed political attacks on access to essential health care,” Ayers said.

The calls for investigation come after Paul last month said he was “successful” in preventing the Senate coronavirus relief bill from including a provision that would provide PPP assistance to Planned Parenthoods across America.

Fox News first reported last month that Paul “forced” Democrats to remove the provision, which would have allowed every Planned Parenthood across the country to receive funds through the PPP, which he said “was always intended for small businesses.”

“Democrats knew this was never about COVID relief or helping small businesses,” Paul told Fox News. “It was a shameless attempt to fund their radical agenda on the taxpayers’ backs, and I was successful in preventing that from happening by stopping these funds from going to abortion mills.”

According to Paul’s office, the House-passed version of the $1.9 trillion coronavirus relief package included a provision that would treat individual Planned Parenthood locations as “separate and distinct entities,” making them eligible for federal assistance under the PPP.

Paul’s office pointed to the “original congressional intent” of the PPP — established last year at the onset of the coronavirus pandemic — which was to limit large and well-financed groups from receiving a loan and instead provide relief to small businesses affected by COVID-19.

Sources told Fox News that Senate Democrats had planned to waive affiliation rules for nonprofits to provide paycheck protection loans to Planned Parenthoods in the House version of the bill but that Paul “strenuously” argued to the Senate parliamentarian that the waiver would “only benefit” Planned Parenthood.

Before the parliamentarian was able to rule on the arguments presented, Democrats filed an updated version of the bill that did not include the provision, in what Paul’s office called “a concession that avoided setting a precedent.”