“I’ve never been one to complain about fake news. But I want to start with the total frustration on the coverage that most of you have engaged with in regard to the issue of expanding the Supreme Court,” McConnell said at the weekly press conference.

He argued that the media have done a disservice by oftentimes failing to note in their reporting that liberal Justices Stephen Breyer and the late Ruth Bader Ginsburg believed the court should stay at nine judges.

“Nine seems to be a good number. It’s been that way for a long time,” Ginsburg said in a July 2019 interview. “I think it was a bad idea when President Franklin Roosevelt tried to pack the court.”

So, McConnell demanded of the press, “why don’t you include in these objective analyses of this issue that fact?”

Biden recently signed an executive order that established his bipartisan 36-member commission to study potential reforms to the Supreme Court, including whether the court should expand beyond nine justices and whether to retain the lifetime appointment of justices. The panel will have 180 days from the first meeting to complete its report. 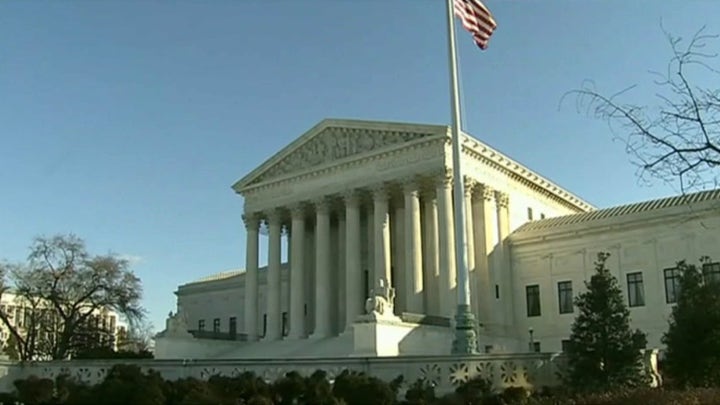 But McConnell said he wasn’t fooled by the “faux-academic study of a nonexistent problem.”

“This new court-packing commission is not some serious pivot away from Democrats’ political attacks on the Court,” McConnell said earlier this month. “It’s just an attempt to clothe those attacks in fake legitimacy.”

Justices Neil Gorsuch, Brett Kavanaugh and Amy Coney Barrett were all confirmed under McConnell’s watch, although Kavanaugh’s confirmation turned into one of the most bitter battles on Capitol Hill in years. Similarly, when President Obama nominated Merrick Garland to the high court following the passing of Justice Antonin Scalia in 2016, McConnell held up his nomination for months, until it became moot as the U.S. elected a new president.

McConnell is also largely responsible for the number of new circuit court judges currently serving across the country.

“As I’ve said many times, our work with the administration to renew our federal courts is not a partisan or political victory,” McConnell said last June after overseeing his 200th judicial appointment. “It is a victory for the rule of law and for the Constitution itself. If judges applying the law and the Constitution as they’re written strikes any of our colleagues as a threat to their political agenda, then the problem, I would argue, is with their agenda.”