Will Martinsville live up to its name again?

Martin Truex Jr. won last year’s regular-season Cup Series race at the half-mile track and is one of the favorites to take the checkered flag on Saturday night. 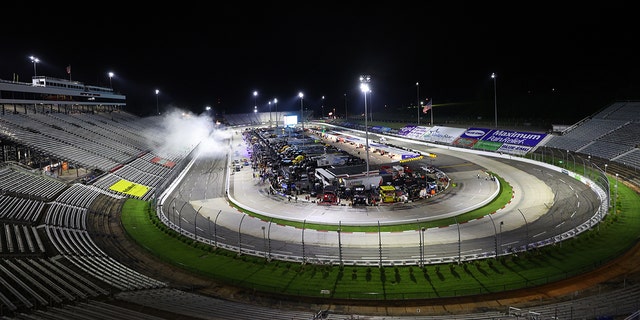 Truex, Chase Elliott, Brad Keselowski and Denny Hamlin all enter the race with equal odds to win, according to FOX Bet.

Defending NASCAR Cup Series champion Elliott won the playoff race at Martinsville last November and Hamlin has the most wins of any active driver with five.

Hamlin will be starting on the front row alongside pole-sitter Joey Logano, who won the Martinsville playoff race in 2018 on the way to the season title.

NASCAR has had seven different winners in the first seven races so far this year and a new winner at Martinsville would see it go eight-for-eight for the first time since 2003, when it had nine winners in nine races to start the season.

Viewers can tune in Saturday at 7:30 p.m. ET on FS1 to catch the Blue-Emu Maximum Pain Relief 500. Those with a participating TV provider can also watch the race online and on smart devices using the FOX Sports app.