Speaking to Fox News Live, Blackburn said the new proposal by Sen. Ed Markey, D-Mass., and other progressives to expand the number of justices from nine to 13 is not necessarily at odds with President Biden’s 36-member commission to study Supreme Court reforms.

“I think what they are doing is trying to play a little bit of bad cop, good cop,” Blackburn told Fox News on Saturday. “And we’ve seen them do this with other policies. Take, for instance, the Green New Deal.”

“What they’re doing is political convenience,” Blackburn added. “They know that the progressives want to see the court packed. They want to fill it with liberal justices so that they basically have a super legislative majority.”

Markey along with Reps. Jerrold Nadler, D-N.Y., Mondaire Jones, D-N.Y., and Hank Johnson, D-Ga., announced their court-packing legislation on Thursday known as the Judiciary Act of 2021. 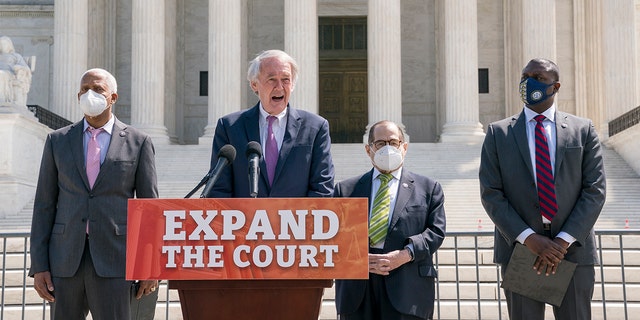 It’s just a two-page bill that would increase the number of justices on the court from 9 to 13, setting up an immediate opportunity for President Biden to nominate four new justices to be confirmed in the Democratic-led Senate.

They argued the far-right has hijacked the court thanks to “norm-breaking” moves by Senate Leader Mitch McConnell, R-Ky., and expanding the number of justices is necessary to restore balance and integrity to the highest court in America.

But the proposal got immediate pushback not just from Republicans, but from top Democrats too, notably Biden and House Speaker Nancy Pelosi, D-Calif.

Biden last week announced a 36-member bipartisan commission will hold public meetings to evaluate court reforms such as the size of the court and term limits on justices. The new panel will have six months from its first meeting to complete a report on a path forward.

White House Press Secretary Jen Psaki said Thursday Biden is awaiting the commission’s report before taking a position on expanding the court. And Pelosi said she also supports Biden’s commission and doesn’t plan to advance the court-packing legislation to a full House vote. 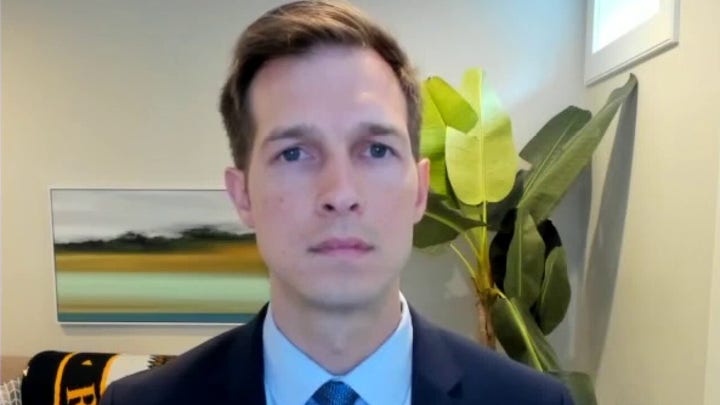 Rep. Jake Auchincloss, D-Mass., told Fox News Saturday he, too, wants to await the results of the commission that will study the issue with the “gravity and the diligence that it deserves.”

But the freshman lawmaker blamed McConnell for making the Supreme Court so political by the tactics he used to confirm three of President Trump’s nominees and refusing to even hold a hearing for President Obama’s nominee Merrick Garland.

“The overarching goal is to de-politicize the Supreme Court,” Auchincloss told Fox News Live. “We’re in this position right now because for the last decade Leader McConnell politicized the court through antics like blocking Merrick Garland from even getting on the Senate floor.”

McConnell has argued the court-packing proposal is a threat to the Supreme Court and went so far as to call the effort a “sword dangling over the justices” and a form of “hostage-taking.”

But Auchincloss said McConnell’s harsh words are another reason why Biden was wise to appoint an independent commission to study court reforms.

“It’s overheated rhetoric like that that has politicized the Supreme Court in the first place and it’s exactly why we need judicial experts to sit in a politically insulated room and discuss this issue with the gravity that it deserves,” Auchincloss said. “I think we want to give them the time and the space to come up with reasoned recommendations.”